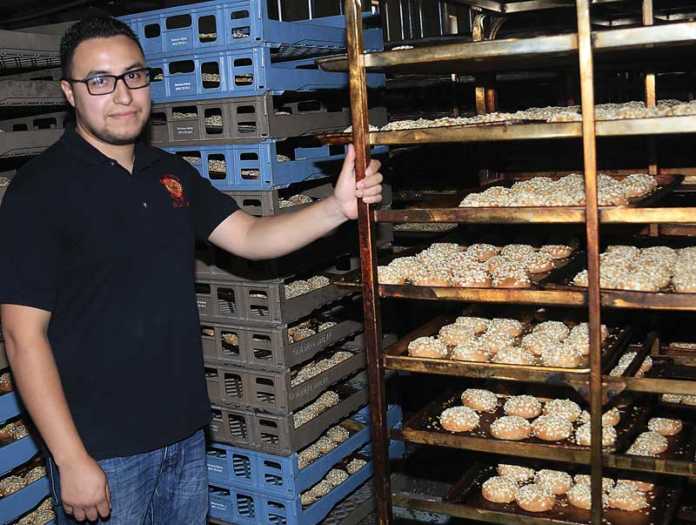 WATSONVILLE — In 2012, Edgar Sumano made the decision to come to Watsonville and begin working at his father’s bakery.

Sumano’s was opened by two brothers in 2001 and has rapidly grown. While Edgar Sumano was frequently around the bakery as a boy, he was interested in becoming a businessman.

He did not begin working at the bakery until his father asked him to join the company six years ago. Sumano said yes, left Fresno, and came to Watsonville.

“Unofficially I have been here since it started,” Sumano said. “My dad and my uncle started the company so since day one I was in and out.”

The family environment was a draw to Sumano, eventually bringing him back. That and the bread.

“I do enjoy it, I like being around it,” he said. “I like seeing it, looking at the bread, making sure that we are making good quality products the way it is supposed to be.”

“When you go to the market, you just can’t believe some of the stuff that goes into food products,” he said. “I like the way it’s pure, natural. I want to push that because I think that’s what we need more of.”

The proof is in the smell, according to Sumano. While conventional breads use preservatives and calcium, he said it gives the breads a distinct smell and quality that is artificial.

“It gives it a weird smell; if you smell burger buns and hotdog buns, it’s a preservative that you are smelling,” he said. “It’s not a bread smell, that’s not what bread is supposed to smell like.”

In the Sumano bakery, smells are everywhere as each kind of bread carries an individual aroma with it. As loaves are packaged and delivered fresh, his only suggestion is to freeze it if its use is not imminent.

“If you think about it you can get any one of our breads — our sourdough, chiabatta, garlic, rosemary — and they all have a distinct smell to what ingredients go into it. It’s not the regular smell,” he said. “It’s one of those things, we try to keep it as simple as possible, and we make a great product.”

When Sumano entered the bakery for the first time as an employee, it was not as a manager.

“I had to start over here — it’s not like I came in and they were like ‘oh yeah, go ahead be a manager,’” he said. “I had to start off baking and worked from the bottom up. I didn’t give anything up and I am glad I did that because what I learned helped me be successful here.”

Previously working in sales and marketing for newspapers in Fresno, Sumano was called home by his father.

“He was the one that pushed me,” Sumano said. “And after so many times of him asking and saying we are still growing and having this vision of it getting bigger, I said ‘OK.’”

Six years later, business has skyrocketed and, as the master baker, the father has become less and less involved. While they have expanded and have their breads in brick and mortar businesses around California, their goal is to maintain what they have and put out a high quality product.

“There’s a sense of pride when you go to the store and see your last name,” he said. “I was born in Santa Cruz, our roots in the community are pretty deep and we want to keep on going.”

And they have a lot to maintain. Most recently they have started routes to Walnut Creek and have a new location in Los Angeles.

“That’s the first step, if that one goes well and works we will move on to another one and keep on going from there,” he said. “We are trying to push the limits a little bit, the boundaries, and see how far we can go.”

BEK SABEDRA - January 25, 2023
SANTA CRUZ COUNTY—Writer Stephen Kessler has been named the 2023 Artist of the Year by the Santa Cruz County Arts Commission.  Kessler has written a...