The decision is the most significant victory for LGBTQ rights in the U.S. since the legalization of same-sex marriage in 2015, and some have claimed it to be even more important.

“Legalizing gay marriage… was about relationships,” said Danielle Elizalde, marketing coordinator for Pajaro Valley Pride. “This decision is just about being able to legally be who you are. It’s crazy that we’re in 2020 and barely making that a part of civil rights.”

Title VII of the 1964 Civil Rights Act banned discrimination in the workplace on the basis of religion, race, national origin and sex. Monday’s decision solidified that the meaning of “sex” in Title VII also covers sexual orientation and gender identity.

The ruling was 6-3, with Justice Neil Gorsuch, a conservative who was appointed to the Supreme Court by President Donald Trump, writing the majority opinion. Chief Justice John Roberts joined Gorsuch and the court’s liberal justices in voting for the rule. Conservative justices Samuel Alito, Clarence Thomas and Brett Kavanaugh opposed.

“An employer who fired an individual for being homosexual or transgender fires that person for traits or actions it would not have questioned in members of a different sex,” Gorsuch wrote. “Sex plays a necessary and undistinguishable role in the decision, exactly what Title VII forbids.”

Prior to the decision, discrimination in the workplace toward LGBTQ workers was technically legal in much of the U.S. Only 21 states had specific laws put in place prohibiting such discrimination.

Elizalde said she has seen people’s racism and homophobia “emboldened” by the current political climate in recent years, and hopes that the ruling will begin to reverse its effects.

“I hope it makes those people not feel as comfortable to spread their hatred,” she said. “Maybe the bill will make them question themselves, now that it is against the law.”

City Councilman Felipe Hernandez said that the decision was a “long time coming” for both national and local communities and that he hopes employers will abide by the law and notify workers of their rights.

“It is a landmark victory for the LGBTQ community,” he said. “It has handed this country hope… People can now live their lives as who they are without fear of losing employment.”

Hernandez, a longtime ally of Watsonville’s LGBTQ community, acknowledged how the current pandemic has shut down local events, including Pride celebrations and marches.

“Hopefully next year we can all come together and celebrate this huge victory,” he said. 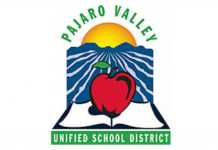 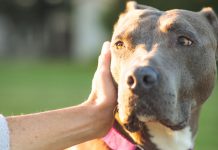 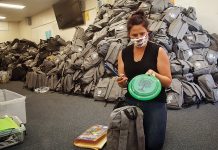