The Chop Shop is planning to relocate from the city’s outskirts on Freedom Boulevard to the corner of Main Street and East Lake Avenue, according to owner Gabino Varela.

The 471 Main St. location currently houses Plaza Jewelers, which will soon make a move of its own to the East Fifth Plaza on the corner of Brennan and East 5th streets. Owner Rocio Delgado Rivera said Plaza Jewelers has called that location home for a quarter-century.

Neither business has a set move-in date.

Varela, 40, opened The Chop Shop in 2014 at its current location, 1910 Freedom Blvd., but his time cutting hair dates back to the seventh grade, when he used to trim his brothers’ hair because his dad had a tough time paying for haircuts for seven boys.

“They weren’t great cuts,” Varela said, “but you have to start somewhere.”

He carried on that tradition with his son, Julio. He started cutting his hair while he was in fifth grade and soon Julio’s friends began asking Varela to cut their hair too.

“I didn’t charge them,” Varela said. “They were my kid’s friends and I liked to do it.”

But those free cuts helped spread the word about his skills, and he then started cutting hair after work for extra cash. Varela worked in trucking for 18 years, including his final seven at local Couch Distributing Company Inc., before he decided to turn his passion into his profession. After renting a chair at a pair of local shops—Oasis Beauty Salon and El Catrin Barbershop—he decided to take a gamble and open his own.

Within four months of opening, he had a steady stream of clients and three other barbers had joined him: Danny Vasquez, Adrian Osornio and Victor “Barney” Reyes. Now, he has 10 barbers that operate out of his shop, which offers a plethora of services from haircuts to beard trims and trendy “black mask” facial treatments.

That consistent growth was one of the main reasons he decided to move into the new location, which is roughly 500 square feet larger than his current spot. The city’s ongoing push to revitalize its downtown was another large influence on his move.

“I feel like downtown is where everything is going and we’re growing quickly,” Varela said. “We’ve outgrown this place and I have that chance to move there now. I’m going to take it.” 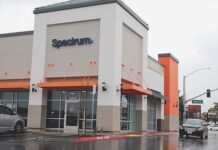 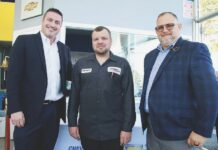 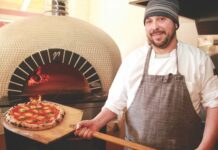