Editor’s note: This is the second entry in a monthly series about the history scattered throughout downtown Watsonville and the city at large.

As my walks continue through Watsonville, augmented with jaunts to and from aboard the Santa Cruz METRO, my interest lately has been on the former Watsonville Daily Register, 18 East Lake Ave. Being that I work for the Pajaronian, formerly the Register Pajaronian and a spinoff of the Daily Register, the building and surrounding businesses intrigue me.

The high relief designs, positioned on the façade of the former Daily Register, features Benjamin Franklin, creator of Poor Richard’s Almanack, a newsy pamphlet by Franklin published for the 13 Colonies that ran continually from 1732-1758. The other relief is of Johannes Gutenberg, inventor of the printing press. There are also incredible high-relief designs inside the building, splashed around the interior walls and ceiling.

Currently Stop & Shop Family Bargain Center, the high-ceiling establishment is only a fraction of the former newspaper’s square footage, which, at one time, housed a mammoth printing press and collating room in the rear.

Lou Arbanas of the Pajaro Valley Historical Association told me that at the end of the alley (lower right in photo) was the door where the daily newspapers initially hit the streets. The long-standing Van’s Shoes once was next door at 14 East Lake Ave. and on the other side stood the Franich Building. In this photo, you can also see a business, India Tires. I’ve been told that the popular bar, The Mark Cocktails, 24 East Lake Ave., was also on the street level of the Franich Building with apartments above.

According to the Watsonville City Directory of 1967, De Worken Discount Furniture was across the street at 19 East Lake Ave., and Watsonville Auto Parts was at 25 East Lake Ave. Just east up the street once stood The Nook on the corner of East Lake and Union, which is now Taqueria Tecoman. My friend Janey Leonardich said her father in law, Mitch, used to bring his granddaughters there for ice cream. She said he’d commonly drop off a load of apples at Travers and then head to The Nook.

Union Street changes to Brennan Street at East Lake and a few doors to the north on Brennan is the stately Watsonville Woman’s Club, 12 Brennan St. I noticed last week that Masters Painting just finished an extensive paint job of the exterior, following some repairs. It was designed by Ralph Wyckoff in 1917.

My late friend Betty Lewis wrote in her book, “Watsonville, Memories That Linger” Vol. II, that Wyckoff was born in Watsonville in 1884. Besides the Woman’s Club, he also designed Radcliff School on Rodriguez Street and the 1925 Watsonville Fire Department (now the Chief Gene Friend Museum).

I’m fascinated with early elements of architecture, especially ornamental accents that help offset a building from those around it. An example would be the ornate high relief designs that span the top front edge of the Franich Building.

Across the street and east a block is the May Way center on the corner of Sudden Street, which now houses Santa Fe market, My Laundry House and a few other businesses. Also in there is Harrison’s Color Corner. I spoke with the owner, Dan Tyner, Tuesday morning and he said that business has been in the same spot for 70 years. He has been working there for the past 50 years. The giant MAY WAY sign, held in place with steel I-beam posts, still looms over the popular corner.

In my first article of this series, I explored some of the businesses that came and went in what is now the Goodwill on Main Street. Not being a historian, I don’t pretend to know every business that came and went here or other spots I plan to touch on. My door is always open for suggestions, recollections, and remembrances. One reader informed me that I made no mention of the Rasco’s store that was in what is now Goodwill. Since then, I have spoken to several people that used to frequent Rasco’s.

“The stories of the old buildings bring back old memories. But, then I am an old guy,” he said. “Watsonville has changed in many ways. Jalisco’s was the old PG&E office building where we went to pay our bills each month. Sometimes, that was as far as we would go ‘uptown’ north, those who lived in Japantown and ‘downtown.’” 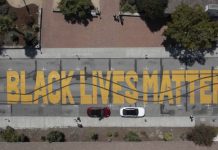 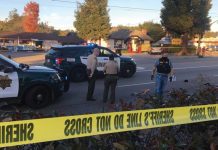 You make a mess, you clean it up