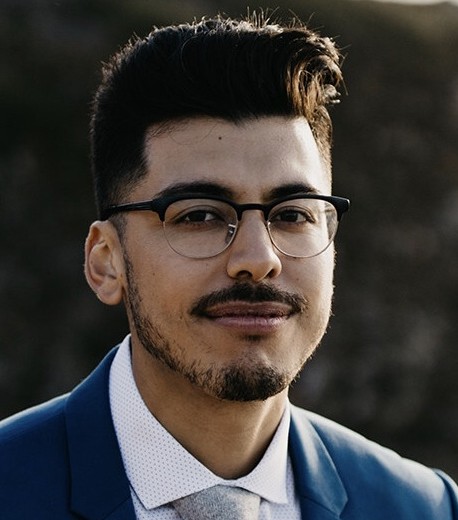 Tony's Thoughts: I’m at your service

My name is Jose Antonio Nuñez, but many people know me as Tony — folks from a family full of Joses, Pepes, Juniors and Toñios will understand. For a little more than three months I’ve served as the Managing Editor of this publication. Some of you already know this and have texted, called, emailed or voiced your congratulations. To those people I say, thank you. To those who do not know me, or have yet to hear the news I say, I’m at your service.

This publication means a lot to me. When I was a kid I helped my cousins deliver the paper door to door in the streets behind the East Lake Village shopping center. When I was preteen the comics were an essential part of my Saturday mornings alongside a big bowl of cereal and an episode of Dragon Ball Z or Yu-Gi-Oh! And when I was in high school reading the sports section was a must after every Friday night football game.

Over the last six years, I’ve gained a new appreciation of the hours of hard work — the phone calls, emails, interviews, research, writing and designing — that goes into making the paper something useful for the community. In that same time, my perception of my hometown has also changed drastically.

I graduated from Watsonville High School in 2010. At that time Watsonville was still trying to work its way out of the recession along with the rest of the country. I’m not going to pretend that I understood everything that was going on with the economy, but I knew something was wrong because more than a couple of friends had to move away because they lost their home. On top of the poor economic opportunities in Watsonville, violent crime was a massive problem in the late 2000s — I’m sure those two are not mutually exclusive.

Watsonville was an undesirable place to live. My generation was raised on that idea. Many of my high school teachers told me to leave and never come back — “You’ve got to want better for yourself than this,” I recall one of my teachers telling me. Most of my classmates heard this idea and ran with it. When people left for college, they hardly ever came back. And when people were asked where they were from, they would say Santa Cruz. Few people took pride in saying they were from Watsonville.

I had every intention of leaving and never coming back after high school, but then I started working for this publication as the editor of the sports section in 2013, and I started meeting the people that make up this community. I met the true leaders of the younger generation — principals, athletic directors, teachers, coaches, volunteers — that were dedicated to changing the perception of this city. And I met hundreds of kids who have a great sense of pride in being from Watsonville, and who want nothing more than to come back after college and work in their community.

Watsonville is changing, and so is this publication. We’re under new ownership, but that does not mean we are going anywhere. The editorial staff — Tarmo Hannula, Todd Guild, Johanna Miller, Juan Reyes and I — see these changes as a positive. For the first time in almost 80 years this publication has local ownership, and in today’s newspaper marketplace that’s unprecedented. We’ve been the voice of the community for more than 150 years, and we expect to be here for another 150.

Memo from Rev. Mathews-Johnson I love the old story that goes like this: A group of young children were sitting in a circle with their...
Read more
Opinion

By Manuel Perez and Luis A. Alejo  Jan. 20 will mark a significant day, not only for the United States as Joe Biden is sworn...
Read more
Opinion

Compiled by Steve Bankhead 25 years ago on Jan. 9, 1996 The city Planning Commission voted 5-2 for approval of the Overlook Shopping Center north of...
Read more