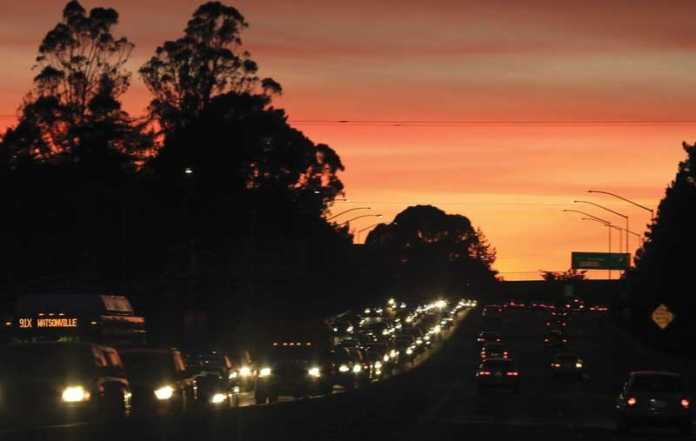 SANTA CRUZ — While likely still years in the future, passenger rail service in Santa Cruz County moved a step closer to reality Thursday when the Santa Cruz County Regional Transportation Commission unanimously approved the Unified Corridor Investment Study (UCIS), an in-depth look at local transportation infrastructure and ways in which to bolster it.

By a narrow 7-4 margin, the commissioners also approved a contract with Minnesota-based Progressive Rail to provide the passenger service. The company currently runs freight rail operations in South County.

The commission also approved a $950 million package of transportation projects called the 2035 Preferred Plan, which for Highway 1 includes adding bus lanes on the shoulders and auxiliary lanes to improve the flow of traffic.

The plan also bolsters the county’s bicycle infrastructure by adding bike lanes along the rail line and improving bike and pedestrian access in intersections.

The SCCRTC estimates that about 100,000 people per day will benefit directly from the Highway 1 improvements.

In July, the commission approved a 10-year contract allowing Progressive Rail to take control of the 32-mile rail line that runs from Watsonville to Davenport.

Santa Cruz County Greenway has long opposed those plans, saying the environmental and financial impacts make them unfeasible for the county, and that the county lacks the proper infrastructure for such a plan.

Dozens of people packed the county supervisors’ chambers, who lined up to speak for nearly three hours both for and against the plans.

Marilyn Schultz of La Selva Beach said she recently visited Minnesota, where a community had converted an old rail line into a popular bike trail.

“Minnesota is moving forward,” she said. “You’re moving backward. I think (Progressive) is taking you for a ride.”

Gail McNulty, who has lobbied extensively against rail services in Santa Cruz County, described herself as a “mother deeply saddened and concerned about our children’s future.”

McNulty said that the 2035 Preferred Plan does little to curb greenhouse gas emissions from transportation sources.

Diane Dryer, who said she has also been active in the issue and has been gathering signatures, said she has seen an “overwhelming” support for keeping the tracks and adding passenger services.

“Rail transit is the future,” she said.

“I believe a world-class trail would be a benefit to all,” Negro said.

As part of the contract with Progressive, the RTC is now responsible for the cost of repairs along a 24-mile stretch of the track, which includes 37 railroad bridges and 22 culverts.

It is currently unclear what those costs would be, said SCCRTC Director Guy Preston.

The county has about $11 million in Proposition 116 funds, along with $4 million in State Transportation Improvement Program funds to put toward the rail project.

After the repairs, Progressive will be financially responsible for maintenance along the line.

Residents will not see passenger trains traveling through the county any time soon. Progressive now has one year to present a plan detailing the excursion services. That plan must be approved by the RTC before excursion train operations begin.

Commissioner Jacques Bertrand worried that a train rolling through the small communities along the way would lead to a lessened quality of life.

Commissioner John Leopold said that the UCIS was launched more than a year ago, and has included numerous testimony from hundreds of people.

He said the commission’s decision will support a “multi-modal” transportation system that includes a safe bike bath, and which sought to ease Highway 1 traffic.

Leopold also said that the plan helps the county meet its state-mandated obligation to keep and maintain its rail system.

Progressive Rail, Leopold said, has been a “good partner,” and if excursion services prove successful, it would be a boon for the county’s tourism industry.

Commissioner Greg Caput said he supports the plan to add passenger rail service, along with the Highway 1 projects and the bike path.

“We have to move forward, and I think that what we’re doing here today is moving forward,” Caput said.

Commissioner Trina Coffman-Gomez said her yes votes reflected her support for Watsonville, where she serves as a city councilwoman.

Adding passenger rail services is thought to be a large benefit for South County residents, many of whom sit in daily commuter traffic on Highway 1.

“This is not a perfect plan or a perfect scenario,” she said. “This is a way to move forward.”