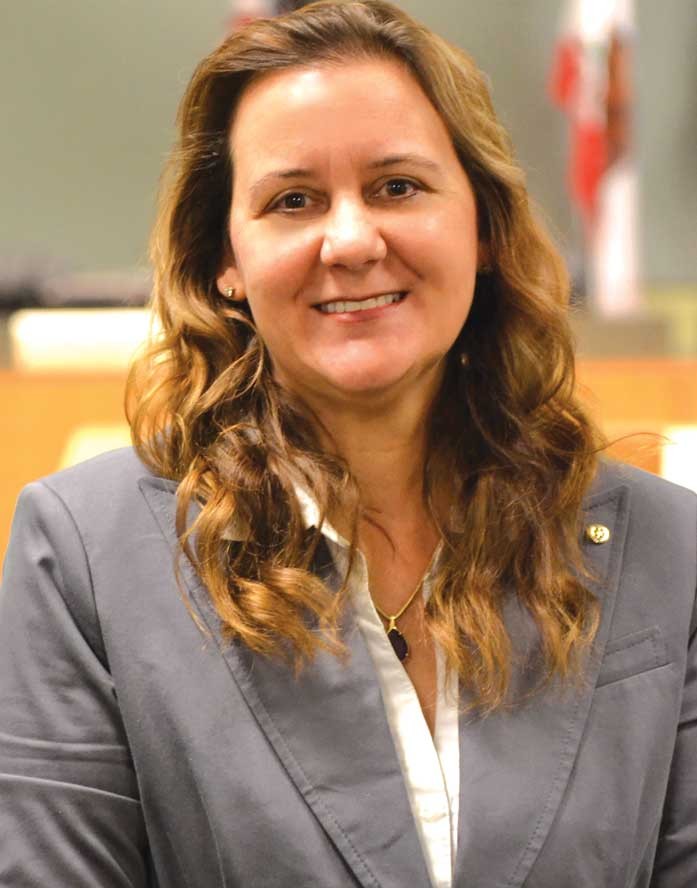 Trina Coffman-Gomez, Nov. 2: The complex Unified Corridor Investment Study and what this decision can mean for relieving our traffic congestion

The City of Watsonville received a presentation from the Regional Transportation Commission (RTC) at our council meeting on Oct. 23 regarding the Draft Unified Corridor Investment Study (UCIS). Concerns and questions were raised and addressed including clarification of the various options for the future transportation plans in Santa Cruz County and the 32-mile corridor that was purchased in 2012 from funding that came from voter-approved Propositions 116 and the State’s Public Transportation Account.

The council took a precedent move with a unanimous vote on a resolution of support for a hybrid recommendation of one of these scenarios. The council selected the majority of projects in the Option B Scenario that was presented to them. Projects in this option included: bus on shoulder, ramp metering for Highway 1; increasing transit frequency on Soquel Drive and Freedom Boulevard, intersection improvements including safe, buffered bike and pedestrian lanes; and bike and pedestrian trails on the rail transit.

In addition to this supported plan, the council asked that we expand this scenario to adopt a “B-Plus” option that also includes:

• Prioritizing all the Measure D projects for Highway 1, which includes auxiliary lanes that Watsonville residents are paying their share of Measure D funds towards

• Continuation of a bike and pedestrian Coastal Rail Trail build out that extends to both ends of the county along the rail corridor and integrates the 33 miles of trails planned within the city limits. The Coastal Rail Trail is part of a broader Sanctuary Scenic Trail (MBSST) Network whose Master Plan was adopted by the RTC, the City of Watsonville as well as other local jurisdictions.

• Bus on shoulder while also considering addition of (High Occupancy Vehicle) HOV lanes for Highway 1, if funding can be identified

This resolution of recommendation will be provided to the Regional Transportation Commission at their next public hearing on this matter, which will be a special meeting held in the Watsonville Council Chambers on Nov. 15 at 6 p.m.

Trina Coffman-Gomez is a councilwoman for the City of Watsonville and is also the city’s representative on the Regional Transportation Commission. She will be putting together a series of articles this month to break down the information on the decisions and projects the RTC will identify to improve moving people in Santa Cruz County.

TRINA COFFMAN-GOMEZ - July 1, 2022
WATSONVILLE—Pajaro Valley Arts (PVA) will host a one-day conference on July 9 centered around the figure Our Lady of Guadalupe.  Attendees will explore the historic...