CORRALITOS—Two men died in a two-car crash in Corralitos Sunday night and a woman was left in serious condition.

Emergency crews were dispatched to the crash site on Corralitos Road, just south of Varni Road, at 8:30pm, where two sedans ended up mangled on the side of the road.

California Highway Patrol Officer Sam Courtney said Jorge Betancourt, 33, of Freedom, was driving a 2003 Ford Mustang south on Corralitos Road with passenger Aurelio Anaya Rocha Jr., 26, of Watsonville, at a high speed. For unknown reasons Betancourt lost control, veered to the right and then swerved over the double-yellow line, and smashed head-on into a 1998 Honda Accord driven by a 32-year-old woman.

The impact left the Mustang in a crumpled heap on its side with the Honda nosed into its underside on the shoulder of the road. While Rocha and Bettancourt were pronounced dead at the scene, the Honda driver was rushed by American Medical Response paramedics to an out-of-county trauma center.

Fire crews used three sets of the Jaws of Life hydraulic spreaders to pull the woman from her car and to reach the men in the Mustang.

Glass, car parts, dirt and foliage showered the roadway. Lengths of deep black skids led up to the crash site, indicating the car with the fatalities had been traveling from Corralitos toward Freedom Boulevard.

Over the next several days a small altar of flowers and votive candles appeared on the shoulder of Corralitos Road at the crash site that flanks an apple orchard.

The crash is still being investigated, and alcohol and drugs have not been ruled out, Courtney said.

Courtney said the CHP in Santa Cruz County dealt with 25 collisions, including Sunday’s fatal, and 17 DUI arrests during the Maximum Enforcement Period over Memorial Day weekend between May 28-31. In comparison, in 2020, between May 22-25, there were 32 collisions and 13 DUI arrests.

Watsonville Community Hospital faces closure if not purchased by Jan. 28

Todd Guild - November 16, 2021
WATSONVILLE—A virtual event created to highlight writers of color was canceled on Nov. 11 after a group of anonymous attackers logged on to their...

WHS Drama returns to the stage 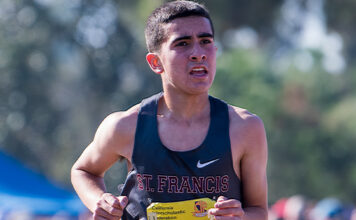 Sharks celebrate despite loss to Aragon in section title game |...