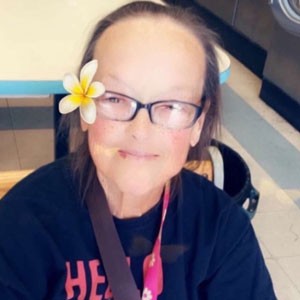 Vickie was born on January 1, 1947 in Watsonville, CA. She married Walter Branham in 1966, and together they had 5 children. Vickie enjoyed cooking for her family, going to classic car shows, and spending time with family and friends. She also had a love for Tweety Bird and WWE wrestling.

Vickie was preceded in death by her parents Raymond and Martha Harris; her husband Walter Branham; 5 brothers: RE, Lyn, Bobby, Billy, and Chuck; and 3 half sisters, Geneva, Elizabeth, and Joann.

She is survived by her 5 children Deanna, Dale, Cheryl, Martha, and John; 9 grandchildren; and 10 great-grandchildren; numerous nieces and nephews; and her brother Jerry Harris.

A memorial service will be held on Saturday September 22 at 10:30am at Landmark Missionary Baptist Church, 2151 Freedom Blvd, Freedom, CA 95019.