WATSONVILLE — At the turn of the 20th century, people from the Konavle region of Croatia immigrated to the Pajaro Valley, building the apple industry that put Watsonville on the map.

On Tuesday, the Watsonville City Council agreed to enter into a sister city relationship with Cavtat, a city that is the county seat of Konavle.

Local teacher Luci Basor, the daughter of two Croatian immigrants, recently returned from a trip to the Konavle region along with student ambassadors and others from the Slavic American Cultural Organization (SACO). She said the group met with officials there, who were interested in forming a sister city relationship.

“We have such a strong documented history of Croatians in this area,” she said.

According to Basor, about 20 percent of Watsonville’s population in the 1920s and ’30s was of Croatian descent.

“We had a large population, and we still have a lot of Croatians living here today,” she said.

Cavtat itself is very similar to Watsonville, both geographically and economically, she added. It is situated in a valley along the coast with a mild climate, and has a large agricultural industry, growing several different types of fruits.

In a letter to the council, Božo Lasić, municipal prefect of Konavle, encouraged Watsonville to move forward with the sister city relationship.

“Since there is a great historical connection between our two communities, and many of our ancestors were included and positively impacted the economics and development of your city, it would be wonderful to make a sister city relationship,” he wrote.

Teresa Del Piero said the inaugural trip of SACO’s recently-formed student ambassador and exchange program brought seven local students to Croatia in the summer, all of whom were of Croatian descent. In addition, most have family members in the Konavle region.

“We made it a point to connect these children with their roots,” she said.

Del Piero added that the goal is to continue the exchange program and welcome students from Croatia to Watsonville next year.

Councilwoman Nancy Bilicich, herself of Croatian descent, said she was “excited” by the opportunity.

Councilman Felipe Hernandez said the timing of the new sister city relationship is fitting, as Watsonville is in the midst of its 150th anniversary.

“This is what makes up the fabric of Watsonville: all the different cultures that unite us,” he said.

Cavtat is the third sister city relationship Watsonville has formed in less than a year.

In July the council agreed to establish a sister city relationship with Jocotepec in Mexico, following another decision in late 2017 to forge a relationship with Tangancícuaro, a city located in Michoacán, México.

Also during Tuesday’s meeting, the council supported Measure H, a $140 million bond that would fund affordable housing projects throughout the county. The measure, which will be on the November ballot, needs a two-thirds majority to pass.

If the bond measure is approved, homeowners will pay an additional $16.77 per $100,000 of assessed value on their property tax bills.

Johanna Miller - August 3, 2021
The Watsonville Strawberry Festival will return Sunday to downtown, bringing with it a full day of strawberry delicacies, live entertainment, artisan vendors and more. Like...

A guide to hiking in the Pajaro Valley 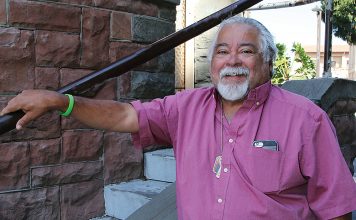 Watsonville High counselor to retire after nearly 4 decades of service

Dozens sound off on food trucks in community forum