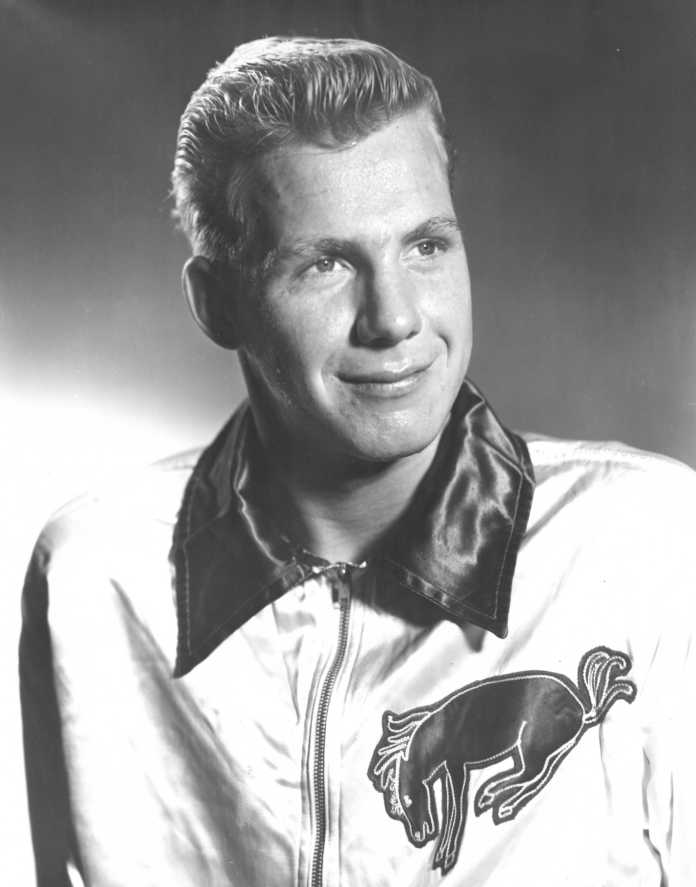 WATSONVILLE — Watsonville native Kenny Sears, who was famously the first basketball player to grace the cover of Sport Illustrated in 1954 while at Santa Clara University, died in his home on Sunday. He was 83.

Sears starred at NCAA Division I Santa Clara from 1951-55 and played eight seasons (1955-64) in the NBA, earning a spot on a pair of All-Star teams while playing for the New York Knicks. He played his final two pro seasons with the San Francisco Warriors, sharing the court with NBA legend Wilt Chamberlain.

Described as a to-himself and modest family man by his close friends, Sears spent his final days surrounded by family in his Watsonville home.

Sears, a 6-foot-9, 200-pounder nicknamed “Big Cat,” was a star basketball player for the Watsonville High Wildcatz before moving on to play hoops for Santa Clara.

With the Broncos, Sears exploded on the scene. He carried Santa Clara to the NCAA Tournament three times and helped the Broncos advance to the Final Four in 1952.
He was named the West Coast Conference Player of the Year twice, beating University of San Francisco’s Bill Russell for the honor as a senior in 1955. He was also named an All-American during that season.

Sears was selected fourth overall by the Knicks in the 1955 NBA Draft. He played his first six seasons for the Knicks (1955-61) and finished out his career close to home following a mid-season trade, playing two years (1962-64) with the Warriors, who lost in the NBA Finals to the Boston Celtics in ’64.

Sears was inducted into both the Watsonville High and Santa Clara University Hall of Fame. His jersey still hangs in the Goicovich Gym, where he would spend the offseason working on his game.

Gene Johnson, who coached at the high school and junior college level in Santa Cruz County for 57 years with a stints Watsonville High and Cabrillo College, said he remembers opening up the gym for Sears during the summer and watching him fire in swish after swish.

“He would like to work out by himself,” Johnson said. “He was a great guy then and now. Always.”

Johnson said Sears’ lasting legacy would be bigger than his basketball career. His humble personality and his willingness to give, Johnson said, were his best characteristics.

For several years, Sears would go to flee markets around the county to buy shoes and bikes to donate to kids during his trips to Puerto Vallarta, Mexico with his wife, Eunice, during the winter.

“He liked kids and he saw the poverty over there so he wanted to help,” Johnson said. “That’s who he was.”

Sears also helped Johnson with the Elks Lodge Hoop Shoot Free Throw Contest, serving as a judge over the years.

“He was always willing to help when we asked,” Johnson said. “He was humble. He had a chance at the Bay Area Hall of Fame but said he turned it down because they told him that he needed to give a speech. He never wanted to be the center of attention.”

Sears lived an unassuming life after retiring from the NBA, returning home and selling motor homes.

Really, Sears never left Watsonville. He owned and managed a bar on Freedom Blvd. with Ivelich while he was still in the NBA. The bar, which was in the now-vacant building across the street from the Freedom Shopping Center last occupied by Jacob’s Heart Children’s Cancer Support Services, was called Kenny & I.

“He was the big star and I was the nobody so I told him one letter was enough for me,” Ivelich joked.

Plenty of big names rolled through Freedom to visit Sears over the bar’s seven years of operation. It wasn’t uncommon to see Chamberlain playing ping pong at their bar on a Saturday night, Ivelich said. Ned Irish, the late founder and former team president of the Knicks, flew out to negotiate Sears’ second NBA contract — worth $18,500 — at Kenny & I.

“But through everything Kenny was a very, very humble guy,” Ivelich said. “He never bragged and said anything about his accomplishments. You wouldn’t know he was going around the country playing basketball.”

His celebration of life is scheduled for May 20 at 11 a.m. at Twin Lakes Church in Aptos.