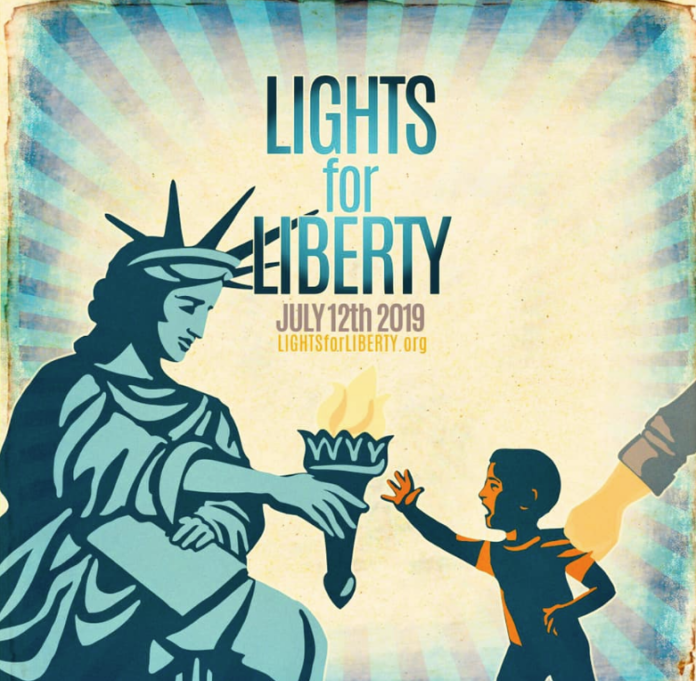 WATSONVILLE — On Friday Watsonville will lend its voice to a growing international call to close detention centers at the U.S.-Mexico border.

Dozens of community members will gather at the City Plaza for the Lights for Liberty vigil, a candlelight vigil scheduled to take place at more than 600 locations across five continents.

Community activists, city officials and members of law enforcement are expected to speak to the crowd gathered at the City Plaza on Friday around 7 p.m. and a silent candlelight vigil will follow.

Started by a loose coalition of grassroots activists, Lights for Liberty quickly picked up steam over the past month and grew into a world-wide cry to the U.S. government to close the camps at the country’s southern border.

“Lights for Liberty began with a series of tweets I drafted, in which I shared the horrors that one of our co-founders, attorney Toby Gialluca, had seen inside the camps,” Elizabeth Cronise McLaughlin, co-founder of Lights for Liberty, said in a press release. “Since then, we’ve watched thousands of ordinary people come together to organize events and fight back worldwide. One month and one day later, millions around the world will stand in vigil and in outrage against this administration’s heartless policies and crimes against humanity. We intend to be here for as long as it takes, until every last detainee, in every last camp, is free.”

In Watsonville, the Community Action Board, Indivisible South County, Community Bridges, Pajaro Valley Cesar Chavez Democratic Club and Our Revolution-Watsonville have all thrown their weight behind the vigil in support.

City Councilmembers Rebecca Garcia and Felipe Hernandez have also joined the more than 100 people on the event’s Facebook page who have said they are attending.

Organizer Jenni Veitch-Olson said the event is both a show of solidarity for the migrants being held at the border in reportedly unsafe conditions, and a show of disapproval for the actions — or lack thereof — from the U.S. government.

“I think this is an issue that really angers a lot of people for different reasons,” said Veitch-Olson, who also serves on the Watsonville Planning Commission. “People understand that this is inhumane, and this is not who we are as Americans. This is not what we stand for.”

The separation of families at the U.S.-Mexico border has for months been a contentious topic as border Patrol has struggled to deal with the increased numbers of people arriving at the country’s southern doorstep. According to Politifact, officials have tallied roughly 539,500 apprehensions in the first eight months of the fiscal year, compared to the 396,600 they made all of last fiscal year.

That increase has led to overcrowding in several detention centers that Department of Homeland Security (DHS) officials called “dangerous” in a July 2 report from an unannounced visit to Rio Grande Valley in Texas. The report also demanded DHS to take “immediate” action to alleviate the overcrowding and prolonged detention of children and adults, some of whom had no access to showers, clean clothes and beds.

The report from the unannounced visit came a little more than a month after news that a Guatemalan minor had died in Border Patrol custody — the fifth death of an apprehended minor since December — and just weeks after a photo of a father and daughter from El Salvador who had drowned while trying to cross the border rekindled public outcry for the treatment of migrants.

Rachel Williams, one of the organizers for Watsonville Lights for Liberty, said as a mother it has been “sickening” to see the ongoing treatment of children at the border.

“It’s not right, and it hasn’t gotten better, in fact it’s gotten worse,” she said. “[Lights for Liberty] is a show of support for kids at the border and the immigrant community, and it’s also a show of disdain for the treatment of the people by the government.”