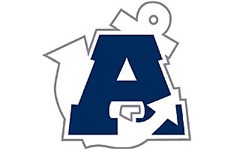 The win locked in Aptos (25-4) as the outright SCCAL champion, having posted a 13-1 record through the league’s regular season to win its third title over the last four seasons.

Will Patterson dished three assists and scored a goal. Goalie Matthew Quinn and defenders Koya Oki and twin brothers Darian and Joseph Gutierrez-Lee played well down the stretch to preserve the win.

The Mariners finished the year on a 12-game win streak.

Alex Bol and Mari Molina, Deirdre Wilson and Hayley Hall and Kendra Lis and Alena Fernandez will all return to West Valley College for the state tournament, which is set to start at 8 a.m. on Friday and conclude on Saturday afternoon.

Bol-Molina went 4-0 in the prelims and took down teammates Hall-Wilson in the final. Lis-Fernandez finished 2-2 but placed sixth to advance.

Cabrillo, the undefeated Coast Conference champion, will also participate in the team tournament on Thursday at West Valley at 9 a.m.

For Watsonville, pitcher Gio Gonzalez had two hits at the plate and took the loss on senior night despite allowing only three hits on the mound.

Baer struck out 15 batters and allowed only two hits.

Jessica Enriquez and Mariah Gonzalez each had three of the Mustangs (6-16-1) 10 hits.

The Mustangs close out their season on Wednesday at home against Alisal High at 4:30 p.m.