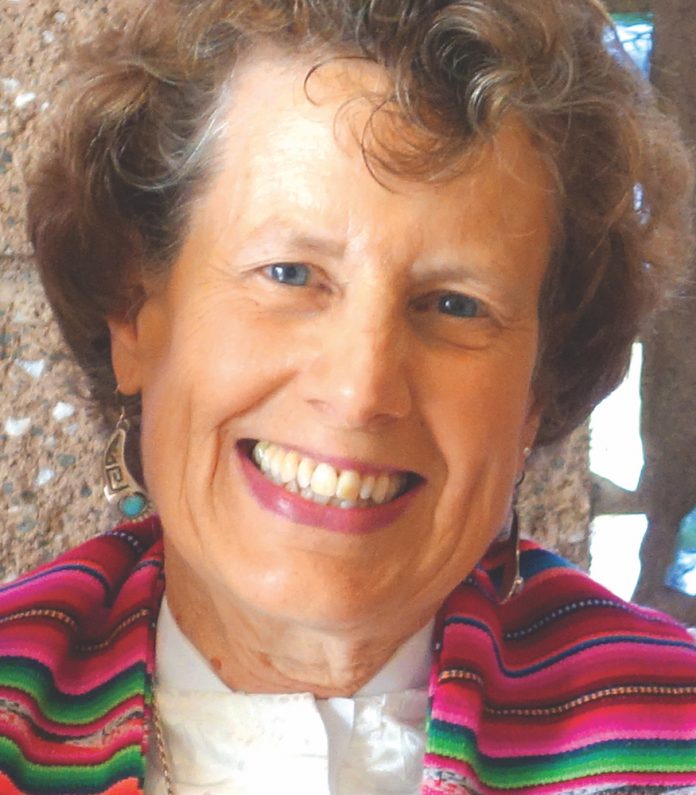 It is so easy, ridiculously easy, to simply point at someone else and say, “He’s not in our group.”  Ever felt that way? I know I have, but I confess I’m not proud of it.  Even churches make that mistake.

Arthur Herman’s book “How the Scots Invented the Modern World” (2001) tells about one incident between two of our most august groups, Episcopalians and Presbyterians.  Actually, it could just as well be United Methodists.

When one Anglican (Episcopal) missionary tried to preach in the Carolinas, says Herman, the local Presbyterians “disrupted his services, rioted while he preached, started a pack of dogs fighting outside the church, loosed his horse, stole his church-key, refused him food and drink, and gave two barrels of whiskey to his congregation.”

I thought that latter was pretty funny. They “gave two barrels of whiskey to his congregation.”  As one pastor notes, most Episcopalians he knows would have welcomed that action. (Ditto for the Methodists? Hard to tell.)

Later, having escaped and returned to civilization, the missionary wrote about his Presbyterian adversaries. He said, “They delight in their present low, loutish, heathenish, hellish life and seem not desirous of changing it.”

I don’t know about you, but that is not exactly the picture I have in my mind of religious people today—“low, loutish, heathenish, hellish.” Of course, just kidding. I’m sure you’ve had a different experience. Times can change though, for the better. Christians like us know that Jesus informs the choices we make in all aspects of our lives. Or at least, he should inform our choices if we are to live up to our name.

Here at Watsonville First United Methodist, we’re looking forward to all sorts of exciting new changes. Did you hear we’re getting a new preacher to take over the duties of pastor effective July 1? It’s true! I’m moving to the hinterland, and a new pastor has been appointed here.  Finally, we’re ready to introduce him to you. Yes, your new Methodist pastor this time is a “he,” and his name is Rev. John Juno Song. This talented guy is bilingual—English and Korean, the latter being the place of his birth, although he grew up in southern California and has been pastoring Methodist churches longer than I have!  He’s talented and eager to begin work in our community. Cool, huh? Welcome to Watsonville Pastor John!

Your job now is to show Pastor John what Watsonville hospitality really means.  It’s up to you to make him an insider not an outsider. Are you up for the task? I think there’s only one right way to answer that. He may not yet be part of the group, but you can sure speed up the process. Yes, you.

As my final swan song, I’d like to share an old story about a country preacher who had a teenage son. This is obviously not a Methodist story because we Methodists have pretty much banned all alcohol from our premises, even for communion. (We use grape juice instead. For real.) That’s why we’re so proud to welcome back many local AA, NA and Al-Anon groups to our church for weekly meetings now that we’ve reopened after the COVID shutdown has lifted. This clean and sober approach is part of our spiritual DNA.

Soon the old man heard his son’s footsteps as he came into the house. He watched as the boy walked over to inspect the three items on the desk. First, the boy picked up the Bible and placed it under his arm. Then he picked up the silver dollar and dropped it into his pocket.  Finally, he uncorked the bottle and took a big drink.

“Lord have mercy,” the old man whispered, “He’s gonna be a politician!”

Thank you, Watsonville, for all the love you’ve shared with me over these many years.  And keep on doin’ it folks!  In the name of Jesus Christ, amen.

Memo from Rev. Mathews-Johnson - August 11, 2022
Two local artists have teamed up to create a memorial sculpture honoring Watsonville residents who have died of Covid-19, and are asking for the...