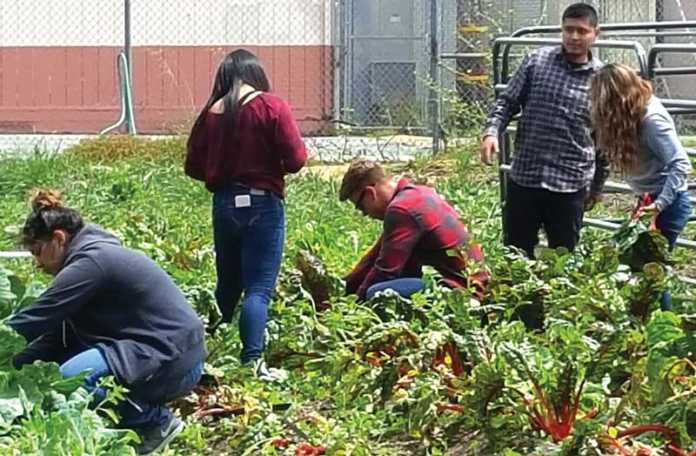 The project began in mid-March when former WHS agriculture teacher Dale Kuykendall delivered soil, and helped them work the field.

Lakeside Organic Gardens donated starters to plant, which required hand watering as the students waited for an irrigation system to be installed.

That system came from T&M Irrigation, which donated some of the materials. Students Adrian Ramirez and Lizzette Anaya assisted in fabricating and installing the drip system.

After that the Environmental Horticulture classes were in charge of weed control.

“If it were not for community support and student dedication this could and would not have happened,” said agriculture teacher Brian Kantner. “Once the harvest was finished the students were pleasantly surprised at what they could accomplish for this community.”

All in total more than 60 students FFA members were involved in the project.

“Wow, what a great feeling to watch the plants grow and then harvest, knowing it was going to a worthy cause, left me feeling proud of my senior year in FFA,” Angel Caballero said.

This Week in Pajaro Valley’s Past, April 23