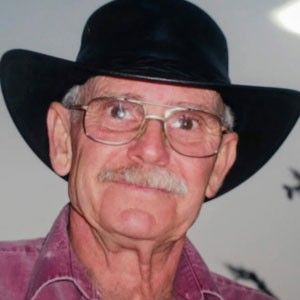 Bill worked from the time he was 9 years old until his health no longer allowed. At 17 Bill joined the Army where he was awarded two medals in Marksmanship.  Bill also received training in Radio and Carrier Equipment for repair and maintenance. In 1964 he went to work for Southern Pacific Company Signal Department in Santa Clara, California. In 1975 he joined the Watsonville Main Line Maintenance District. After more than 30 years Bill went on to work for the PUC as an officer until he retired. Bill continued to work part-time for Roaring Camp. He was active in the Masonic Lodge even serving as Master twice, Scottish Rite, Shriners, Twin Lakes Church as an usher, enjoyed car shows and decorating his home for holidays and a master behind the BBQ and stove.  He always had a beautiful Flag waiving in the yard.

Bill was a beloved friend who helped anyone in need.  He leaves behind his wife Sharon Reynolds. A sister and brother-in-law Mary and Jim Hudson, nieces & nephews: Mark & Kathy Hudson, Cyndie & John Gengarella. Great nieces and nephews: Lauren, Marissa, Evan, Ashley, Daniel and Hayden. As well as many acquired children, grandchildren and great grandchildren. He is preceded in death by his parents and brother Cliff.

Memorial Service and celebration of life will be at Twin Lakes Church, June 11, 2018 at 11:00am. In lieu of flowers a donation may be made to your favorite charity.