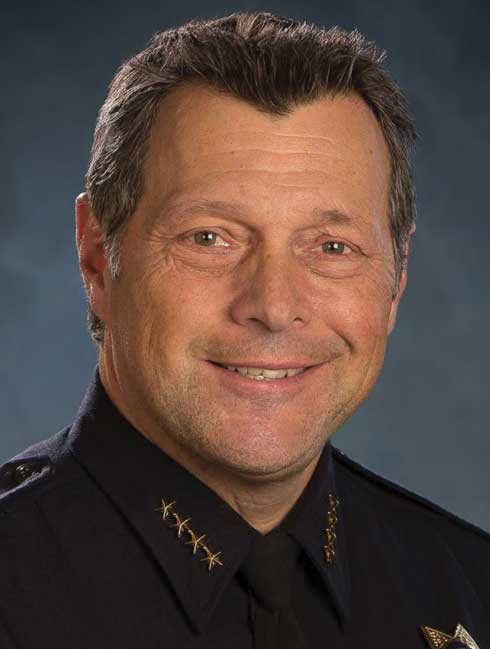 “Love that does not satisfy justice is no love at all. It is merely a sentimental affection, little more than one would have for a pet.” — Rev. Dr. Martin Luther King Jr.

As civil rights marchers crossed the bridge in Selma, Ala. in 1965, they were met by police in riot gear. This Monday, at 11 a.m., Santa Cruz Police and the Santa Cruz chapter of the NAACP will march shoulder-to-shoulder as we honor Dr. King — the man who inspired that Selma march and ignited a transformation of American society.

Our officers are proud to co-host this year’s march with the NAACP, welcoming all who strive to move us closer to realizing our American ideal of equal rights, opportunity and even-handed justice. We gather not to celebrate the end of injustice, but as a sign of hope that we can unite around common goals of fair treatment and universal human dignity.

Those who want more than sentimental affection will lock arm-in-arm and walk shoulder-to-shoulder to push Dr. King’s dream forward, even if in a small way. I invite you to join the SCPD and the NAACP in a march that demonstrates how a city can push beyond its comfort zone and support Dr. King’s principle of actionable love.

I believe our city is ready for this push. Santa Cruz understands that standing for justice on behalf of the most vulnerable, uplifts us all. There is not a white or black, poor or wealthy, religious or secular Santa Cruz, but a dynamic community where social justice is embedded in our very DNA. Santa Cruz is a city that stands for those whose voices are minimized, who posture is bent by the weight of status quo.

Let this march be a place to surpass sentimental affection and make justice the goal in how we police, create law, hold court, provide education and house the homeless. Let us live our ideals, treating even our most troubled brethren as unique and deserving individuals.

While in jail Dr. King wrote to his fellow Christian pastors. They were concerned that his protest was “untimely.” The protest, they believed, would make some community members feel uncomfortable. Dr. King wrote, “Our destiny is tied up … with the destiny of America.”

During this time of national turmoil where discussions rage about race, immigration and religion, I cannot think of a better time for Santa Cruz to show the country how one community can unify in love that satisfies justice without hope of political agenda or personal gain. Come. Join us.

Andrew Mills is the chief of police for the Santa Cruz Police Department. His opinions are his own and not necessarily those of the Register-Pajaronian.