James Johnston, 37, of Aptos, was taken into custody near Scotts Valley on a host of charges.

Around 7am Santa Cruz Police received multiple calls of a man in a white Toyota Celica brandishing a knife and driving recklessly in Santa Cruz. Additional calls regarding the same vehicle intentionally running other vehicles off the road on Hwy 17 came in, SCPD said.

Santa Cruz Police eventually spotted the suspect vehicle on Ocean Street. Johnston failed to stop. At one point the car darted into the parking lot of the Santa Cruz County Building and looped around the lot before charging back onto Ocean Street.

The pursuit then continued north on Hwy 17, through Scotts Valley and into the Santa Cruz Mountains, SCPD said. Santa Cruz County Sheriff’s deputies, the California Highway Patrol and Scotts Valley Police assisted with the pursuit.

During the chase officers learned the same vehicle was wanted in connection with a brandishing of a gun and threats to shoot police officers over the past few days. Throughout the pursuit, which at times reached 100 mph, Johnston reportedly continued to “intentionally” run vehicles and pedestrians off the road. Police eventually terminated the chase due to Johnston’s dangerous driving.

Johnston’s Toyota stalled out on Glenwood Drive in Scotts Valley, where he then tried to flee on a bicycle. Johnston was arrested a few blocks away, SCPD said.

A knife was recovered from the scene. He was booked on multiple counts of assault with a deadly weapon (the vehicle), brandishing a weapon (knife), hit-and-run, and reckless evading with a vehicle, SCPD said.

One victim suffered a minor injury when the Toyota collided with her vehicle during the pursuit.

Officers are still following up to determine the motive and if any mental health issues were a factor in the case.

Anyone with information about the case is asked to call SCPD’s Investigations Unit at 420-5820. 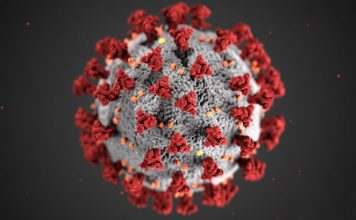