APTOS—The site of the old SeaBreeze Tavern caught fire Sunday night after 9pm, and the blaze quickly grew out of control.

Watsonville Fire Battalion Chief Corey Schaefer said units responded to a reported fire on the Esplanade in Aptos. When they arrived, they saw heavy smoke in the lower level of the two-story structure. Schaefer said crews quickly launched into what’s known as “offensive mode”—trying to fight the fire from within the building.

“Crews went in and tried to perform an aggressive fire attack. They were unable to get to the scene of the fire, due to the complexity of the building and the fire activity,” Schaefer said.

As a result, crews switched to defensive mode, fighting the fire from the outside, Schaefer said. Crews continued pouring water on the blaze—which is under investigation—after 12:30am, while the fire continued to burn.

Schaefer said no one was inside the building, which stood near the restaurant Café Rio and faced out over the ocean. The building’s only resident Rich McInnis, who owned and ran the SeaBreeze until it shut down in 2016, was not initially at the scene, but he arrived later, Schaefer said.

McInnis had been through legal battles over the years, including a 2015 arrest for selling cannabis without a license. The property recently sold to a new owner.

As he watched the building burn, McInnis declined to comment beyond saying: “The building’s on fire.”

Schaefer said McInnis had mentioned that he didn’t know what was left in the building or what could have potentially caused the fire. According to the Aptos History Museum website, the building was built in 1927.

Schaefer said the building had a lot of flammable material.

“Lots of content. Lots of stuff inside,” he said.

“It’s been extremely difficult to put out, due to accessibility within the structure to get to the seed of the fire,” Schaefer added, after 12am on Monday morning. “Trying to figure out exactly where the fire was located and get crews in there was extremely difficult. We had partial structural collapse of the building. And at that point, we have to bring crews back outside.” 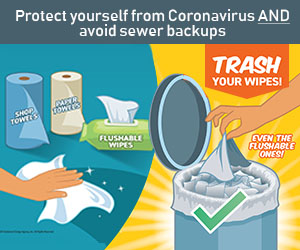