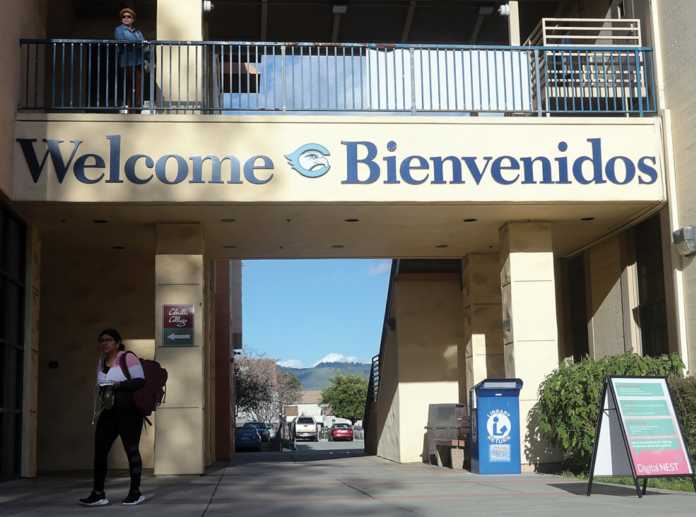 APTOS — The Cabrillo College Board of Trustees voted unanimously Monday night to bring a bond measure to voters as a way to pay for an ambitious set of infrastructure improvement and construction projects at both the Aptos and the Watsonville campuses.

The $274.1 million bond is slated for the March 2020 ballot, Cabrillo Superintendent and President Matt Wetstein said.

If approved by voters, the as-yet-unnamed measure will place between $15 and $20 per assessed value of homes on annual property tax bills.

One of the largest projects on the college’s list is a Public Safety Training Center for the Watsonville campus, where law enforcement officials and firefighters could receive professional training. It could also benefit students who hope to enter one of those fields.

That project is estimated at $23 million. Once completed, the center would allow local emergency officials to further their training in Santa Cruz County, and would draw those from neighboring counties, Wetstein said.

The bond’s project list also includes modernizing the library and the student services building on the Aptos campus, which together total an estimated $133 million. Also proposed is replacing the science center, which rings in at $84 million, and a $17 million boost to the college’s Information Technology infrastructure.

Cabrillo officials say they learned their lesson in June 2016 after a $310 million bond measure narrowly failed to garner 55 percent of the vote.

They are now putting forth a smaller dollar amount and a comprehensive list of projects that address the college’s high-use programs, Wetstein said.

“I think the projects will offer big payoffs for our students in getting them out to the workforce into good-paying jobs. We hope voters understand that and that our educational plan is smart and designed to serve as many students as possible,” he said.

Cabrillo Trustee Adam Spickler said the project list – and the bond – are the result of three years of planning that began when the 2016 measure failed.

“We learned we were asking for a bit too much money,” he said.

Another problem in 2016, Spickler said, was that Cabrillo officials were not clear about how they planned to spend the money.

At that time, the North County Democratic Club voted against endorsing it, and a majority of the Cabrillo College Faculty Senate abstained from voting. Two voted against it, six voted in favor and a handful of vocal faculty spoke with this publication about their opposition.

By contrast, campus leaders have spoken with students and faculty and believe they have support for the 2020 bond measure, Spickler said.

“We know people feel good about Cabrillo, and want to support the school,” he said. “I feel like we’re in a much better position now.”

At the same time, Cabrillo officials are seeking to take advantage of low-interest rates by refinancing a $118.5 million series of bonds issued beginning in 2004.

By doing so, the college could save residents an estimated $26 million through 2039, Wetstein said.