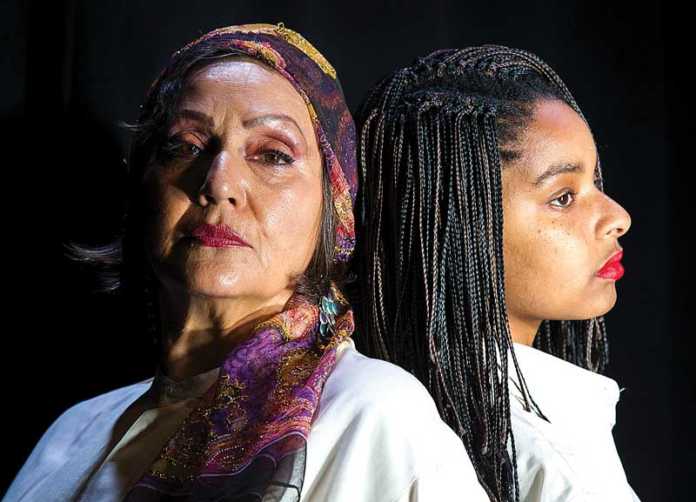 APTOS — On March 3, 1991 a young African American man by the name of Rodney King was caught after a high-speed police chase in Los Angeles. Police officers then pulled him from his car and beat him, while a man named George Holliday caught it all on film.

The following year, a mostly white jury acquitted the officers involved, and violent protests erupted in the streets.
Inspired by these events, actress, playwright and professor Anna Deavere Smith took it upon herself to write “Twilight: Los Angeles, 1992.”

The original production premiered in New York City in April 1994 and is composed of a series of monologues, based on interviews from people involved in and/or affected by the riots. It and Smith herself were nominated for Tony Awards and the play was eventually adapted into a film in 2000.

Now, Cabrillo College’s theater department will perform its own take on the work.

According to Assistant Director Drea Kato, Director Donald Williams chose this work not only for its historical value but also because of its relevance to current issues.

“There is still a lot of this happening today,” Kato said. “We hope this play gives people the opportunity to reflect on that.”

While the original production of “Twilight: Los Angeles, 1992” was a one-woman show, most adaptations have used a larger cast. Cabrillo’s will have a cast of about 20, with some actors playing multiple roles.

“Twilight: Los Angeles, 1992” will open at the Cabrillo College Crocker Theater on Friday and run on weekends through April 29.

A special matinee will occur on April 21 at 3 p.m., with a talk-back discussion about the play with Williams, Kato, actors and students.

Tickets are $18 for general admission and $16 for seniors and students.

To purchase tickets and for information, call the Box Office at 479-6154 or visit cabrillovapa.com.