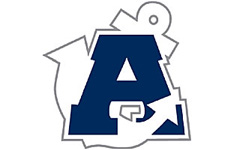 Her last two were the most important.

Hocom sunk a layup with a minute left to play, giving the No. 5-seeded Mariners just enough cushion to upset the No. 4 seeded Mills Vikings, 45-44, and advance to the Central Coast Section Division III semifinals.

Mills’ (17-9) senior wing Aubrie Businger swished a 3-pointer at the buzzer from half court but all it did was make the final score a little more respectable.

“It was a heck of a shot,” said Aptos head coach Stefan Hocom, Hannah’s father. “It was maybe five feet from half court and Hannah was all over her. I was just glad Hannah didn’t foul her.”

Now the Mariners (24-4) will play in their first CCS semifinal since 2002. They play top-seeded South San Francisco on Wednesday back at Mills at 5:30 p.m.

Aptos led wire-to-wire, scoring the first bucket of the game and leading by as many as seven points before the Vikings fought back to tie it up in the fourth quarter on two separate occasions. But the Mariners turned Mills away both times.

“We really tried to push the tempo but we weren’t able to get our fast breaks going tonight,” Stefan Hocom said. “So we had to fight for it. It was a fight.”

Aptos senior guard Teal Maixner scored 17 points and converted a crucial four-point play down the stretch. No other Mariner had more than four points.

Businger led Mills with a game-high 22 points and kept Aptos honest in its 1-3-1 zone by hitting a handful of 3-pointers. She also clogged the lane on defense even while playing with four fouls for the entirety of the second half.

• Menlo 63, MVC 49 – The No. 8-seeded Monte Vista Christian Mustangs fell, 63-49, to the top-seeded Menlo Knights in the quarterfinals of the CCS D-IV playoffs at Notre Dame-Belmont on Saturday.

MVC finishes the season at 18-8 overall and will graduate three seniors: Veronica Ward, Dillon and Moore.