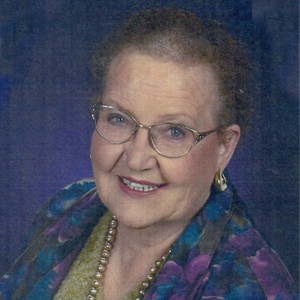 Doris passed at home in her sleep on January 26, 2018 at age 86.
She was born on February 15, 1931 in Washington state. Her father Roy Kregger was a rancher/farmer. Her mother, Marjorie Strantz was a rural elementary school teacher.
She met and married Navy Veteran, Roger Wilson at the close of WW2 in 1946. They moved their family to CA in 1956, residing in Santa Cruz until 1962. They relocated to Watsonville with their six children and lived there until her passing.
She was preceded in death by husband Roger in 1991; and three sons: Tyson 1948, Bruce Mark 1950 and Colen 1997; and her brother, Dean Kregger of Orangevale, CA.
Doris is survived by her children, Janet (Glass) of Watsonville; Marie (Smith) of Lincoln, CA; Jeff of Newcastle, CA; Alan of Gardnerville, NV; and Terry of Lincoln, CA. Also her brothers Chris Kregger of Touchet, WA; Mike Strantz of Spokane, WA; sister Kathy (Kregger) Farin of Mendocino, CA; 15 grandchildren and 18 great-grandchildren.
She worked at various laborer jobs until going into the nursing field in 1967 as a nurse`s aide until 1973.
She went into her true calling in 1974 -1999 as a rancher/farmer. She successfully raised cattle and pigs until her retirement and was affectionately known as “The Pig Lady”. Several of her Pigs won awards through FFA Club at the fairs. She grew enough vegetables to feed all she came in contact with.
At retirement she began cultivation of flowers, Dahlias being her favorite choice. Her Dahlia Club meetings were the highlight of her month. She received many First Place Ribbons for her beautiful Dahlias at the Fair.
One of Doris`s hobbies was oil painting. All of her family members enjoyed the fruits of this hobby.
Her love was helping the forgotten. She contributed food and financially to many organizations to help feed the hungry, homeless and needy. She was involved with Second Harvest, Grey Bears, Watsonville and Santa Cruz Rescue Missions and Teen Challenge
Doris received many Humanitarian Awards in her fight to help the needy. One was presented by The State Of CA Governor`s office.
Doris`s Life will be celebrated on March 3, at 2PM at the Portuguese Community Hall, 124 Atkinson Lane, Watsonville. Friends and family are encouraged to attend and share how she touched their lives. Light refreshments will be served.