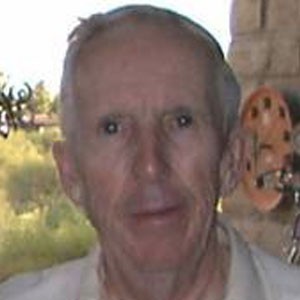 Edward M. Clarke was born in Montreal Canada on March 30, 1933.  After graduating high school Ed spent 4 years in the Air Force. It was during this time that he met his wife of over 60 years, Marlyn. After his discharge from the Air Force, Marlyn insisted that Ed attend college while she worked to support them.

Ed and Marlyn had two sons, and then moved to California where he started his 28-year career in the Orange County Probation Department juvenile system. Ed retired in 1990 and moved to Green Valley, Arizona where he and Marlyn enjoyed 25-plus great years. Ed relocated to Watsonville, California after Marlyn’s death in 2016.

Ed was a loving husband and father. A kind, wise man with a clear mind, Ed mentored those around him with his thoughtful insight. He truly enjoyed life and made it a point to cross his T’s and dot his I’s when it came to family and friends. Ed is survived by his brother John; sisters Mary Louise and Nancy; sons Mark and Dwight; granddaughter Melissa; and great-granddaughter Isidora.

Mehl’s Colonial Chapel has been entrusted with the funeral arrangements. Special thanks to the staff and residents of Valley Heights Independent Living for making his last few years so special!