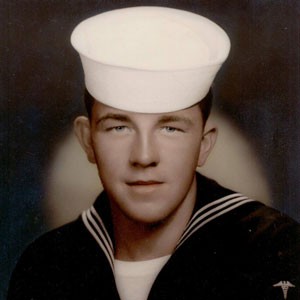 He was born on March 29, 1941 to Loyd Jack and Helen Geers in Los Angeles, California. After high school, Bill joined the US Navy and became a core man at Camp Pendleton. He joined the Navy to see the world, but never left California. In 1965, Bill married Linda and spent 34 years in Watsonville, California raising their children. He retired from Granite Rock after 25 years and moved in 1999 to Oakhurst, California to enjoy retirement in the mountains.

Bill enjoyed working on his old cars and was a car enthusiast. He was an active member of many local car clubs and enjoyed spending time together with his fellow enthusiasts and friends.

He was preceded in death by his parents, his brothers John and Gordon, and his son Brian. He is survived by Linda Geers, his wife of 53 years; son Fosster; daughter Deanna; his sister Cora; his brothers Donald and Jim; and six grandchildren: Matthew, Katelynn, Austin, Haley, Logan and Kyler; and many nieces, nephews and friends.

A celebration of life will be held August 24th from 1 to 4pm at Oakhurst Community Center, Oakhurst.  As Bill so dearly loved his cars, please bring your classic cars to this event.