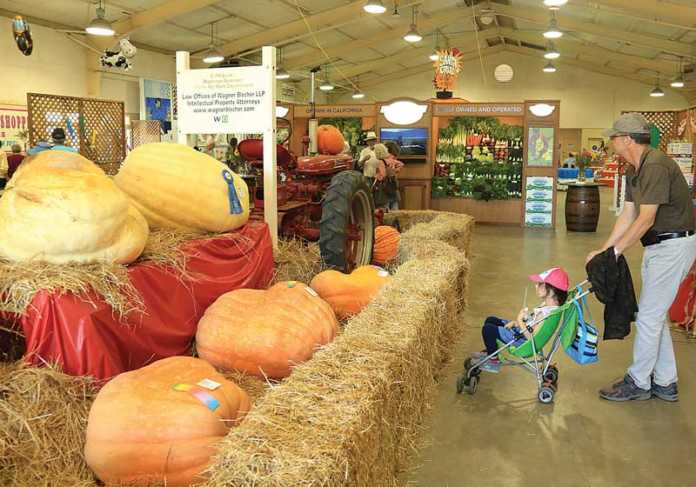 On Wednesday, Sept. 13 the Santa Cruz County Fairgrounds will open its gates once again for five days of family-friendly fun.

Event organizers are currently preparing for what they believe will be another successful year at one of the region’s most popular fairs.

“This is truly a county fair, in the purest sense,” said the fair’s Marketing Director Steve Stagnaro. “We haven’t gotten too sucked into the fashionable side of things. We’ve tried to stay true to what we are.”

The event will be held at the Santa Cruz County Fairgrounds, 2601 East Lake Ave. in Watsonville. Livestock shows and exhibits, live music and other entertainment, horse shows, horticulture, food and artisan vendors and art displays are planned to return this year.

Stagnaro says there is a balance in evolving while also being sure to stay with tradition.

“That’s our philosophy, really,” he said. “Keeping things fresh while also staying as close as we can to our roots.”

One of the major draws of the Santa Cruz County Fair is its agriculture and livestock displays. Large barns with chickens, cows, pigs, sheep and goats line the end of the grounds, many tended to by young 4-H members.

Nearby, the horse arena hosts various shows throughout the week – everything from Western barrel racing to English show jumping.

“The wide-eyed wonder kids convey when seeing one of these farm animals for the first time is amazing,” Stagnaro said. “It’s so important that they have that opportunity.”

Educational experiences for both children and adults are alive and well at the fair, especially at the Agricultural History Project. The nonprofit charitable organization is headquartered at the fairgrounds and opens its doors to visitors. It offers hands-on learning, exhibits about the history of agriculture in Santa Cruz County.

In addition, the fair aims not only to look back, but also promote the preservation and future of agriculture and the importance of keeping it alive.

But Stagnaro says that fair organizers want to encourage people to come to the fair for their own reasons.

“If the carnival is why you come here, that’s great,” he said. “Some people are here to see horses jumping hurdles, others are here to see [hypnotist] Michael Mezmer. We encourage people to find a part of the fair that is inciting to them and embrace that.”

Locals are also encouraged to participate in the various contests and exhibits that occur throughout the weekend. Many departments – such as the Apple Pie Baking Contest and the Diaper Derby/Toddler Contest – are still accepting entries.