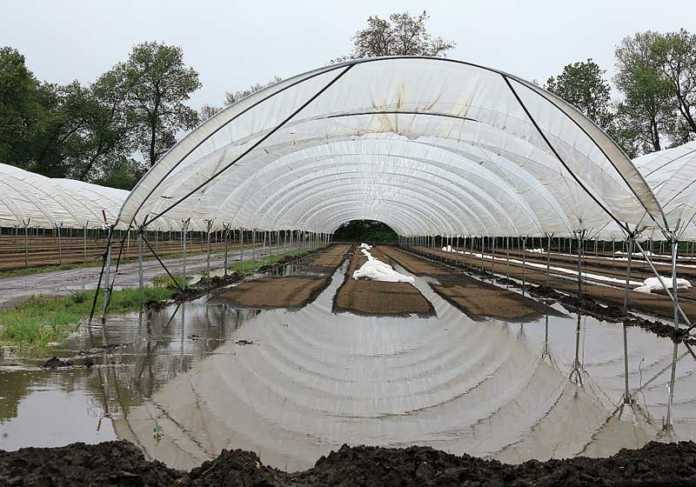 From dry to drenched

After more than four years of devastating drought, 2017 saw California receive the wettest winter in more than 100 years.

According to research done by the National Oceanic and Atmospheric Administration, between October 2016 and February 2017 California averaged its highest amount of precipitation since 1895.
Local farmers are definitely feeling the effects.

Dick Peixoto of Watsonville’s Lakeside Organic Gardens explained how the continuing storms have been both a blessing and a curse.

“Rain is obviously a good thing after a drought, but this is the worst winter we’ve had in 40 years,” Peixoto said. “Usually in a normal wet season, we have at least a few breaks between storms. But there weren’t any dry weeks.”

Peixoto explained that unlike in some regions, local farmers plant all year round. Because they haven’t been able to plant, certain products are limited.

Statewide, agriculture leaders and scientists are working to solve California’s problems that have arisen this winter season.

In a report for the Union of Concerned Scientists earlier this year, Andrea Basche of the USC Food & Environment program explained:

“It can be hard to understand how the challenges can move so quickly from one extreme to the other,” Basche said, “but droughts and floods are actually both symptoms of the same water problem: too much water when it is not needed and not enough when it is.”

However, despite this year’s torrential rains, effects of the drought still linger.

According to the National Weather Service, it usally takes more than one rainy season to make up for droughts, especially one as extensive as 2012-2016.

In 2014, the Sustainable Groundwater Management Act was passed by the California Legislature to help manage groundwater resources which have been threatened due to lack of precipitation.

The California Water Science Center describes groundwater as water found below the earth’s surface. Groundwater is used quite extensively for agricultural irrigation systems, and it can be dangerous when its levels are depleted faster than they can be replenished.

Other groups have sprung up throughout Santa Cruz and Monterey counties as well. Farmers, winegrowers and others within the agriculture community are thinking ahead and planning for whatever the next season has in store. Most are positive about the future.

Norm Groot, executive director of the Monterey County Farm Bureau, said that while he’s seen isolated problems this year, in general, things are progressing as normal.

“There have been so many media calls from all over the country asking if we will have lettuce this spring,” he said. “Yes, there will be lettuce. And all the other crops we grow.”

Generally, local farmers are ready for a break in the storms. But they also seem eager to use this season’s rainfall to kickstart the next growing season.

“We as farmers have to work with whatever Mother Nature gives us,” Peixoto said. “We are the ones who have to adapt. And we will.”