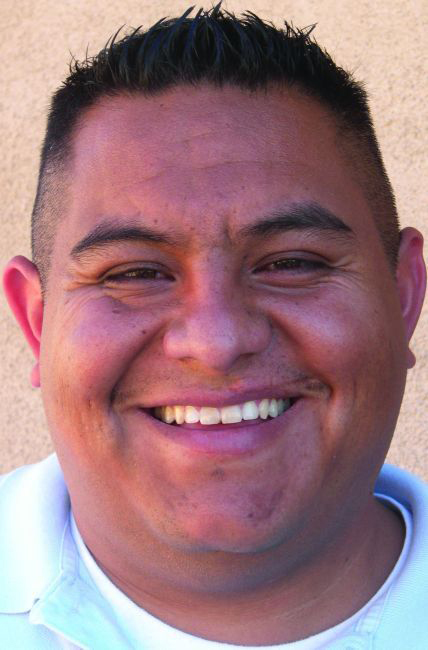 As a longtime Watsonville City Councilmember, I know how essential the agricultural industry is to Watsonville and the Pajaro Valley.

Many Watsonville residents have friends and family who continue to work in the agricultural sector. It is an undeniable fact that many of us are here because we or our ancestors came here to work the land.

Today our challenge is to preserve a healthy agricultural economy while also providing decent, affordable housing for those who work in agriculture and every other sector in our region. We must also ensure that our agricultural sector is sustainable and not harming public health and the environment.

Twenty years ago Watsonville city leaders came together with representatives from the agricultural, environmental and housing sectors to negotiate our current urban boundary line, which was ratified by Watsonville voters when they passed Measure U in 2002.

Measure U was the result of hard work that was negotiated in good faith by leaders over many months and placed on the ballot with the support of the City Council.

Twenty years later Measure U is starting to expire, and in this upcoming election, Watsonville voters will consider two different ballot measures that will impact our residents and our quality of life. While they may seem similar, in reality, they are very different.

Similar to Measure U, this year’s Measure S was placed on the ballot by the City Council in an effort to both protect farmland and allow for the possibility of a small amount of growth so our people can have more badly needed affordable housing options and parks.

Specifically, Measure S keeps the current city boundary in place, while creating the opportunity for the City Council to identify specific properties in our next general plan that would allow us to create more affordable housing or parks for the people of Watsonville.

The city is currently operating under the 2005 general plan and we are long overdue for an update that reflects current realities.

It is plainly obvious that we are in the midst of a severe affordable housing crisis that is particularly hard on younger adults and low income seniors who are struggling to fulfill their dream of having housing for themselves and for their families.

Our city leadership is strongly in favor of developing housing downtown and in empty lots throughout town. In fact, our Council has identified the opportunity to create thousands of new housing units in town and we are working on fulfilling that vision now.

As many Watsonville natives want to stay and raise families here, and with middle-class seniors coming to retire here, it is only reasonable and natural that over the next 20 years our City may need to acquire a little bit of land to provide an adequate amount of affordable housing and parks.

Thus it is fair and reasonable that our City Council, who are democratically elected representatives, be able to consider the possibility of acquiring land in the future to help provide more parks and affordable housing for our residents and their pets.

That’s why Measure S is the best measure that both protects farmland and allows for the possibility of slow growth if needed in the years ahead of us.

By contrast, Measure Q is supported and largely financed by private agricultural interests who don’t want the City of Watsonville to be able to grow even a tiny bit for the next 18 years.  Measure Q keeps the same urban boundary through 2040 without any possibility of adding a little bit of land for developing affordable housing and parks.

Worse, Measure Q does not make any requirements to ensure that the farmland around the City of Watsonville is healthy for our residents. Our region suffers from high rates of childhood cancer and learning disabilities, often due to pesticide exposure from conventional berry fields near our homes and schools.

While these pesticides disproportionately harm farmworkers and their children, they can drift for miles and affect all of our residents of all races, ages and income levels. It is deeply disturbing that billion-dollar berry companies continue to spray pesticides near our schools and neighborhoods, including the senior villages and near MacQuiddy and Ann Soldo Elementary Schools.

Because of these important factors that will impact our residents’ ability to live healthy and happy lives, I urge Watsonville voters to join me in voting yes on Measure S and no on Measure Q.

Eduardo Montesino is Mayor Pro Tempore of Watsonville. His opinions are his own and not necessarily those of the Pajaronian.

Letter: Youth substance use is a dilemma