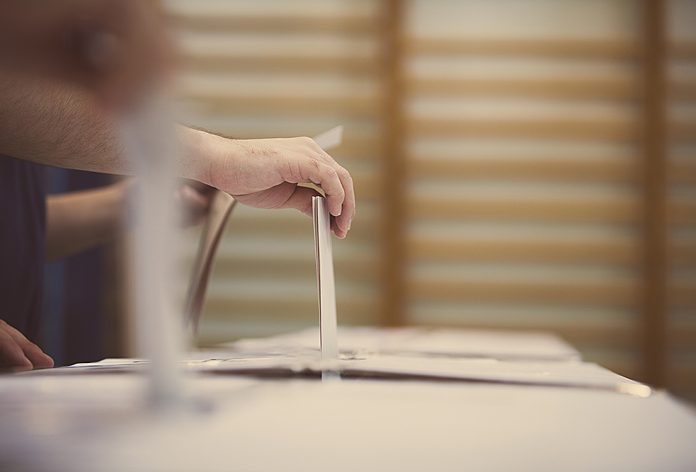 In 2008, as the economic recession was ravaging communities nationwide, school districts were forced to take a close look at their budgets, and in many cases make massive cuts to preserve the meat of their programs.

The first casualties of this across-the-board slashing were often art and music programs.

In the intervening years, many districts have reversed this. Pajaro Valley Unified School District has restored many of these programs, with students now taking music lessons and art classes in their schools.

Still, the programs are not at the levels they once were. That could change under Proposition 28, a proposed state law that would require the state to increase its funding to K-12 music and arts programs statewide.

The proposition—also called the Arts and Music in Schools Funding Guarantee and Accountability Act—would not raise taxes. Instead, it would shift approximately 1% of the state’s $128 billion education budget to be used for that purpose.

State officials say the increased funding would total an extra $1 billion for schools, 80% of which must go toward hiring new art and music teachers.

With a strict requirement to use the funding for arts education—and to report how the money is spent to state education officials—the funding is a historic investment that will be the largest investment of its kind in the U.S., says Arts Council Santa Cruz County Arts Education Director Sarah Brothers.

If it passes, Brothers says the new law will infuse more than $900 million annually in arts and music education for every K-12 school in the state.

“It’s a really amazing opportunity to make a deep and lasting impact on California education,” she said.

Schools considered title 1 stand to receive an additional 30% of the funding.

PVUSD Chief Business Officer Clint Rucker says that the new law could bring in as much as $2 million per year for the district’s schools.

State education code already mandates arts education, a requirement that often falls by the wayside as schools hard hit by budget woes make cuts where they can. This legislation helps schools restore those programs, which have been shown to increase students’ education success and boost their socio-emotional well-being, Brothers says.

“Arts are one of the most critical pieces of education when it comes to providing youth with a well-rounded education that allows them to experience learning in multiple modalities,” she says.

There has been no opposition filed for the new law.

Voters will decide on this proposition during the Nov. 8 election.

Below are the six other state propositions on the ballot.

Sure to draw people to voting booths from all reaches of the political spectrum, Proposition 1 would place into the state Constitution a woman’s right to have an abortion.

That decision sparked a groundswell of both opposition and support, with many states moving immediately to both ban abortion, and to protect that right.

Without a constitutional amendment, future legislators or judges could easily remove or restrict abortion rights in California, supporters say. If it passes, any future changes would require a two-thirds vote of the legislature to place it on the ballot and would then require support of voters.

While the procedure is already allowed in California, placing it into the Constitution would move it further out of reach for Republicans, who have already announced legislation to prohibit it nationwide.

South Carolina Sen. Lindsey Graham in late August proposed a national 15-week ban, a move that shocked even his Republican colleagues wary of making waves in an election year.

Still, Graham’s proposal was a way to further electrify a conservative electorate emboldened by the Supreme Court ruling.

Proponents include the California Medical Association, Planned Parenthood and the League of Women Voters.

Opponents say the proposal is unneeded, since women already have the right to abortion here. They also say that the new law would remove restrictions on late-term abortions, an assertion proponents say is an untrue “scare tactic.”

The California Catholic Conference has come out against it, as has the California Alliance of Pregnancy Care, a Sacramento-based organization that promotes “life-affirming alternatives to abortion.”

This law would allow in-person sports betting at dozens of tribal casinos and at four racetracks statewide.

While the racetracks must pay 10% of sports bets made each day to the new California Sports Wagering Fund (CSWF), the Indian tribes could negotiate their own state payments, although at minimum they must pay for regulating sports betting.

Some of the CSWF funds would go to help fund the state’s K-12 education funding.

The remaining funds would go to gambling addiction and mental health programs, for enforcement costs, and to the state General Fund.

Supporters say the new law would help Native American tribes become more self-sufficient—even smaller ones thanks to revenue sharing agreements. Opponents, meanwhile, say that it will lead to increased gambling addiction and to underage gambling. They also say the law is an attempt by the five wealthy tribes that are bankrolling the proposition to expand their reach.

Patrick Orozco, who leads the Pajaro Valley Ohlone Indian Council, is skeptical of any claim that the new law will help Native Americans. Previous claims from casinos have done little to help anyone other than the casinos, he said.

“I don’t trust the government after everything they’ve done to us,” he said.

This would allow Indian tribes to offer online sports betting outside tribal lands.

Supporters estimate this law stands to generate revenues in the hundreds of millions of dollars, some of which would support regulatory costs.

Under the law, casinos would pay 10% of the bets made each month to the state, which would go to a new California Online Sports Betting Trust Fund, which in part would fund enforcement. But 85% would go to address homelessness and for gambling addiction programs. The money would also go to tribes not involved in online sports betting.

Opponents say that the law would worsen gambling addiction by turning every computer and mobile device into a gambling machine. They also say the law was written by the very corporations that stand to gain from the law.

This proposal has been put forward to voters—and been rejected—twice in the past decade. If passed, it would require a physician, nurse practitioner or physician assistant to be present at dialysis clinics during treatment hours. It also requires clinics to report infection data to the state, and to get state approval before reducing services or closing clinics.

Supporters say it was created to increase safety for the 80,000 patients with kidney disease who rely on the 600 dialysis clinics.

Opponents say that the increased requirements are unnecessary, and would increase costs for clinics and force many to close. They argue that dialysis clinics are already well regulated.

Would raise taxes by 1.75% on Californians making $2 million or more, with an estimated $3.5-$5 billion raised annually.

Opponents say the law would add an estimated 30 million ZEVs to the road, straining an already overtaxed power grid. They add that California already has a plan in place to increase the number of electric vehicles. Opponents also say that another tax is not necessary, since the state has a $97.5 billion budget surplus.

This law would prohibit the sale of most flavored tobacco products, a move supporters say is necessary to keep tobacco out of the hands of kids.

Of the young people who start smoking, some 80% say they got their start with some candy-flavored version critics say is specifically geared toward them by a tobacco industry always in need of new customers.

Opponents say it is already illegal to sell tobacco products to minors, and that making it illegal will drive it into the black market, thus increasing costs for communities statewide.