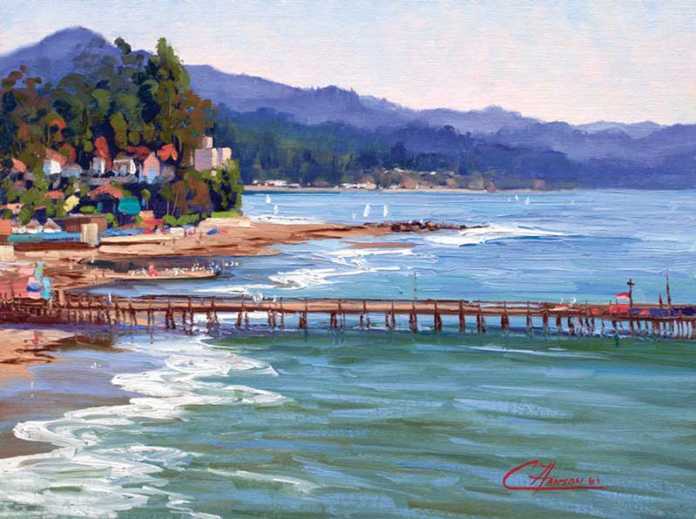 Home is where the art is

(Artwork above is “Capitola Beach” by Coraly Hanson)

Curator Mary Anne Carson has brought together 19 local professional artists as well as the Santa Cruz Oil Painters to display their artwork at various Santa Cruz County Bank locations across the area.

A recent press release described the new exhibit as a celebration of “the landscape and lifestyle” of Santa Cruz County. The art depicts a number of various local businesses and locations, from the agriculture fields of Watsonville to the Boardwalk in Santa Cruz. Through their pieces, the artists were asked to express what they love about the place they call home.

When “Quintessential Santa Cruz County” opened, 90 original paintings had been put on display at the bank’s five locations. According to Carson, five of them have already been bought. As always, 100 percent of the sales go directly to the artists themselves.

The Santa Cruz County Bank Arts Collaborative seeks to provide exhibit spaces as well as promotional help to local professional artists and education programs. Exhibitions have been taking place at locations throughout the county since 2005.

“Quintessential Santa Cruz County” will run at the bank’s five locations through March.