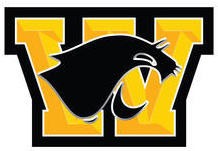 The Monterey Bay League Gabilan division is turning out to be the dogfight that everyone expected.

Watsonville High suffered its second loss of league play on Wednesday night, falling 5-2 to Monterey High on the road at Jacks Park in Monterey.

Watsonville now stands at 14-2 overall and 4-2 in MBL-G action. San Benito High, which beat the Wildcatz last week, leads the division at 5-1.

Watsonville will play in its weekend tournament on Saturday before returning to league play on Tuesday at Notre Dame-Salinas at 4:30 p.m.

MARINERS KEEP ROLLING
Shea Garcia hit her third homer of the season to lead Aptos High to a 14-2 SCCAL win against Scotts Valley High on Wednesday.

Garcia also had a double, six RBIs and three scored runs for the Mariners, who also edged Soquel, 3-2, on Tuesday thanks to Vanessa Segura’s game-winning score in the sixth.

Martina Churchill hit a two-run homer on Tuesday, and doubled on Wednesday.

Aptos had 11 hits in Wednesday’s six-inning win, which was their fifth straight in league.

GAME OF THE WEEK (April 20-26)
Aptos at San Lorenzo Valley, April 24, 4 p.m. — Tuesday will be a battle of the top two teams in the SCCAL in Felton. S.L.V. enters as the defending league champ, while Aptos is trying to win its first title since 2011.