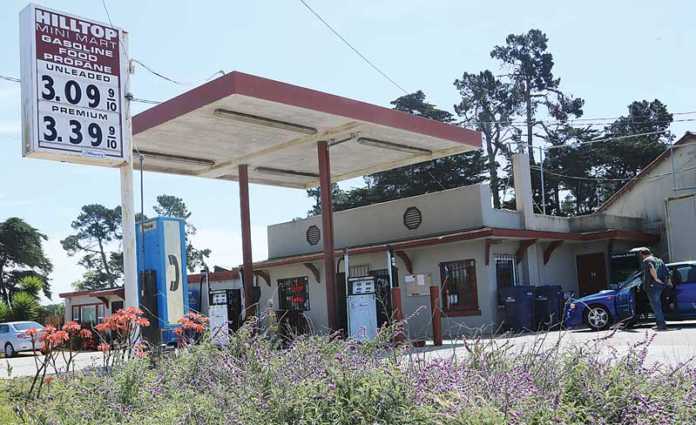 In the family for six decades

ROYAL OAKS — In 1956, Frank and Ann Gajan had just moved from Pennsylvania to California, and were staying at their relatives’ house in San Francisco as they looked for a permanent place to live.

That year, they decided to check out a new West Coast attraction that had just opened the prior year, and word of it was sweeping the nation: Disneyland.

While rumbling down Highway 1, they made a quick pit stop at a gas station as they were passing through Royal Oaks. They took a fancy to the quaint station that also had a home behind it.

Looking for a place to live — and a way to make that living — the “for sale” sign outside the front of the station was a tempting prospect. They walked in, met the owner, talked for a bit, shook on a deal and continued on their way to the Anaheim theme park.

Hilltop Mini Mart, 1007 Salinas Road, has remained in the family ever since.

The gas station is now owned by the Gajans’ grandson Josh Thomas and his wife Amber.

Amber Thomas said Hilltop enjoys heavy foot and vehicle traffic thanks to its prominent location near Highway 1. In addition to the regular customers, tourists from all over the world have stopped by, from countries such as Austria, New Zealand, Australia, Germany and more.

“There’s an amazing amount of people from all over,” she said.

Josh Thomas is also known for slinging a guitar over his shoulders and playing for customers.

Whether the business will continue to run in the family into the next generation is yet to be determined, but things are looking promising: Amber Thomas said her 11- and 8-year-olds are already helping out at the store.

ERIK CHALHOUB - January 11, 2022
APTOS—Last fall, Cabrillo Gallery opened its doors to the public for the first time in 17 months. The annual “12x12: An Open Invitational” exhibit...