Joining the movement | About Town

A group of volunteers has painted a large Black Lives Matter mural on a stretch of Center Street in downtown Santa Cruz in front of City Hall. The project was spearheaded by Santa Cruz artist Abi Mustapha, with help from Arts Commission Vice-Chair Sean McGowen, artist Taylor Reinhold, and Yoga for All Movement Founder Shandara Gill. Mayor Justin Cummings rolled up his sleeves and helped spread out the bright yellow paint with dozens of community members on September 12.

Fall began Tuesday and I’m just starting to get a hint of autumn in the air. Our days are getting shorter and the evenings are a bit cooler. The weather experts, however, say it will get hot again Sunday.

On Thursday I rode my bike along the Pajaro River Levee from Blackburn Street out to Walker Street. It was the first time I’ve ridden along that street. I was surprised to earn that the trail doesn’t go safely under the Main Street bridge, but, rather, disappears into a powdery dirt abyss past a wall of graffiti.

It made me super appreciate how, in Santa Cruz, the bike trail is not only paved in most places, but is also designed to go under several major roadways, like Soquel Drive and Water Street. The Pajaro River levee trail just kind of ends at Walker Street at the rail trestle. I had to get off my bike and slithered through a bunch of steel barricades, lift the bike over the rails and then catch the trail again on the other side.

Plenty of thanks sure have to go out to the firefighters that helped put a lid on the CZU August Lightning Complex Fire. The rebuild of homes, roads, utilities and and and on is going to be enormous, to say the least. On the positive, however, it will mean jobs—and a lot of them. Carpenters, architects, pavers, masons… the list goes on.

On Thursday I drove by the new Starbucks on Lee Road which is still under construction, as is the towering Hampton Inn...
Read more
About Town

I stopped by the pumpkin patch on Soquel Drive just south of Dominican Hospital recently. They were offering tractor pull rides as...
Read more
About Town

I noticed a crew from Northwest Signs taking down the long-standing sign on Wendy's on Freedom Boulevard Monday to make way for...
Read more 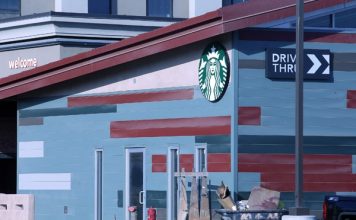