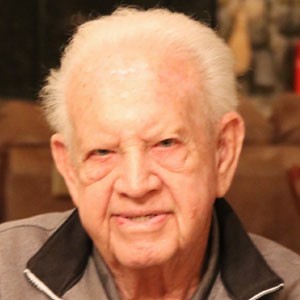 He was born on March 27, 1930 to Paul and Minnie Vilhauer in Stockton, California.  Paul and Minnie raised their children in Sacramento until they moved to the Redwood Village in Aptos in 1943.  Ken attended Aptos Elementary School and Watsonville High School, graduating in 1948.

Ken was later employed at Pajaro Valley National Bank and was also a member of the Naval Reserve.  In 1950, Ken married his high school sweetheart, Claire DeLany. They were happily married for 69 years and were blessed with two children, Gary and Kathie.  Ken and Claire were thrilled to raise their children in Corralitos in their dream home built in 1959 by Ken’s father, Paul Vilhauer.  They have remained in this beautiful home for 59 years up to Ken’s passing.

In 1952, Ken went to work for Schuman Farms.  Ken loved the produce industry and in 1966 he started his own produce brokerage business, Ken Vilhauer Company.  Ken’s business brought them to the deserts of California. They loved the desert so much that upon retirement they would spend the rest of their winters in Palm Springs. Ken was fortunate to retire at the age of 52 when his son, Gary, took over the family business.

Ken was a member of the Rod and Gun Club, the Over 65 Club, and a proud lifetime member of the Watsonville Benevolent and Protective Order of Elks #1300.  For years Ken flipped pancakes at the annual Corralitos Lumberjack Breakfast and was one of the original Corralitos Padres.

Golf and fishing were passions Ken and Claire shared.  Together they golfed at courses around the U.S., including Hawaii, and also in Australia.  Ken had two holes-in-one to his credit.  Being an avid fisherman, they fished many lakes and rivers across the U.S. and Canada and in his favorite spot, King Salmon, Alaska.

Final arrangements have been made with Mehl’s Colonial Chapel in Watsonville.  In lieu of flowers, memorial donations may be made to Hospice of Santa Cruz County, 940 Disc Drive, Scotts Valley, CA 95066 or to the Corralitos Community Church, 26 Browns Valley Road, Corralitos, CA  95076.

There will be a Remembrance Service for the family and close friends at the Corralitos Padres Community Center on Browns Valley Road in Corralitos at 11 AM on Thursday, August 22, 2019.