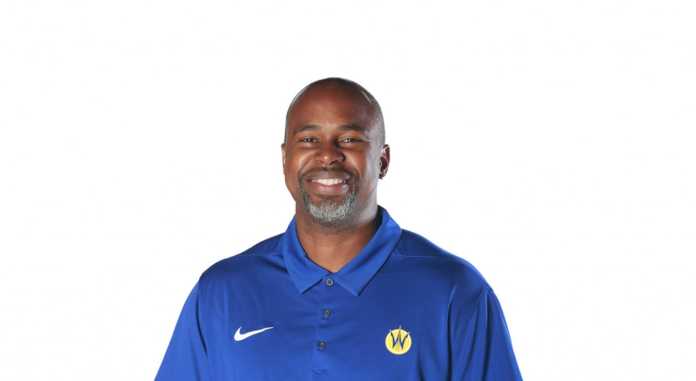 Aaron Miles, who has served as the head coach of the Santa Cruz Warriors for the past two seasons, was promoted to player development coach with the Golden State Warriors.

Weems will be the fourth head coach in Santa Cruz Warriors history, succeeding Miles, Casey Hill — who won a D-League title in 2014-15 — and Nate Bjorkgren.

“I’m humbled to be the head coach of the Santa Cruz Warriors,” Weems said. “I’m thankful for the opportunity to learn from and work with Aaron Miles as well as Steve Kerr and his staff over the last two seasons. We’ll continue to build on the organization’s success both on the court and in the Santa Cruz community.”

Weems, a Kansas City native, served as an assistant coach at Santa Cruz for the past two seasons. He’s continuing his second stint with the Warriors organization, previously serving as a player development coach and scout from 2011-2014.

Before joining the Santa Cruz Warriors, Weems spent three years as director of athletics for the Menlo School in Atherton, Calif. (2014-17).

In four collegiate seasons at Stanford, Weems averaged 10.0 points, 2.4 rebounds and 1.9 assists over 124 games to lead the Cardinals to four consecutive NCAA Tournament appearances and a trip to the 1998 Final Four.

Over the last two NBA G League seasons, Miles led Santa Cruz to a 57-43 record, including a league-high-tying 34-16 record and Pacific Division title in 2018-19.

“I’m proud to see Kris (Wimms) earn this well-deserved promotion to head coach of the Santa Cruz Warriors,” Miles said. “In our two seasons together, Kris played a big part in creating a winning culture in Santa Cruz that felt like a close-knit family. Kris has always been a determined voice in our locker room who was respected for his insight into the game and is prepared to lead this franchise to success.”

Before joining Santa Cruz, Miles served as an assistant coach at Florida Gulf Coast University, helping the Eagles to a 26-8 record and a berth in the 2017 NCAA Division I Men’s Basketball Tournament.

Miles enjoyed an illustrious playing career at the University of Kansas. He led the Jayhawks to a 110-28 record and back-to-back NCAA Tournament Final Four appearances in 2002 and 2003.

Miles also holds the Kansas and Big 12 record for career assists with 954.

“We are thrilled to promote Aaron Miles and Kris Weems into new roles within the Warriors organization,” said Santa Cruz Warriors General Manager Kent Lacob. “Over the past two seasons, Aaron and Kris excelled in their roles and have been contributors to our team’s on-court success. Kris has earned the opportunity to showcase his leadership and knowledge as head coach of the Santa Cruz Warriors for the 2019-20 season and beyond.”

The Pajaronian Staff Report - January 25, 2023
SANTA CRUZ COUNTY—Writer Stephen Kessler has been named the 2023 Artist of the Year by the Santa Cruz County Arts Commission.  Kessler has written a...