The man who says he served as the driver on May 29 when Steven Carrillo allegedly killed a federal police officer in Oakland—and wounded another one—confessed to his role in the attack after turning himself in to the FBI.

But FBI agents were watching Robert Alvin Justus, Jr. even before he walked into the Federal Building at 450 Golden Gate Ave. in San Francisco and asked to speak with an FBI agent.

That’s because investigators, who searched Carrillo’s phone after he was arrested for the June 6 murder of Santa Cruz County Sheriff’s deputy Damon Gutzwiller, discovered that the two spoke just before the Oakland shooting.

According to a criminal complaint filed Tuesday in the U.S. District Court for the Northern District of California, Justus told agents he did not want to participate in the murder, and that he stayed with Carrillo throughout the attack in an attempt to talk him out of it.

Justus told investigators that he did talk Carrillo out of his desire to shoot down a helicopter, police officers and civilians, according to FBI Special Agent Brett Woolard, who wrote the complaint.

In addition to being the suspected shooter in Gutzwiller’s death, Carrillo is also believed to be responsible for the attempted murder of two other law enforcement officials in a short but violent crime spree in Ben Lomond that included two carjackings. He has been linked to the so-called Boogaloo Bois movement, a loosely knit group of heavily-armed, violent extremists who say they are opposed to government tyranny and police oppression.

Justus said he met Carrillo in a Facebook group, and that Carrillo picked him up on May 29 at the San Leandro BART station, driving the white van used in the attack.

Before he drove the van out of the station, Justus said he removed the van’s license plate at Carrillo’s direction.

Justus said that he declined Carrillo’s offer of body armor and a firearm when he got into the van, and that Carrillo told Justus to drive away from the BART station.

The two then drove around Oakland for a time, and eventually parked near the Ronald V. Dellums Federal Building, where Carrillo opened the van’s sliding door and fired at a guard post, killing David Patrick Underwood and wounding a second federal officer.

Justus described Carrillo as being excited and thrilled after the shooting, Woolard said.

“As they drove away, Carrillo said words to the effect of, ‘Did you see how they fucking fell?’” the document stated.

After the murder, Justus drove to a nearby location, and put the license plate back onto the van, again at Carrillo’s direction. Carrillo then left Justus in Millbrae, telling him not to talk about what happened.

After Carrillo left, Justus said he got rid of the clothing that he wore, erased from his phone any communication with Carrillo and disposed of the backpack he was seen carrying in some of the video surveillance.

Woolard said that he does not believe that Justus did not want to participate in the shooting.

“He could have walked away from the van and not returned, or he could have reported Carrillo and his plans to a nearby law enforcement officer,” he wrote, adding that Justus did not come forward until after Carrillo was arrested for Gutzwiller’s murder.

Woolard pointed to a Facebook exchange between the two a day before the Oakland shooting, in which Carrillo stated, “It’s on our coast now, this needs to be nationwide. It’s a great opportunity to target the specialty soup bois.”

“Soup bois” is an apparent reference to people who work for federal agencies such as the FBI, CIA and the ATF, a group sometimes collectively referred to as alphabet soup, Woolard said.

Justus later responded, “Let’s boogie,” which Woolard said was a statement of agreement to engage in attacks on law enforcement personnel in accordance with Boogaloo ideology.

“I, therefore, believe Justus’ statement to the FBI was a false exculpatory narrative carefully crafted to fit what Justus believed to be the state of the evidence,” Woolard said. 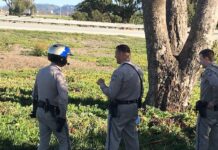 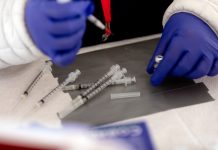 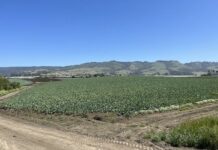