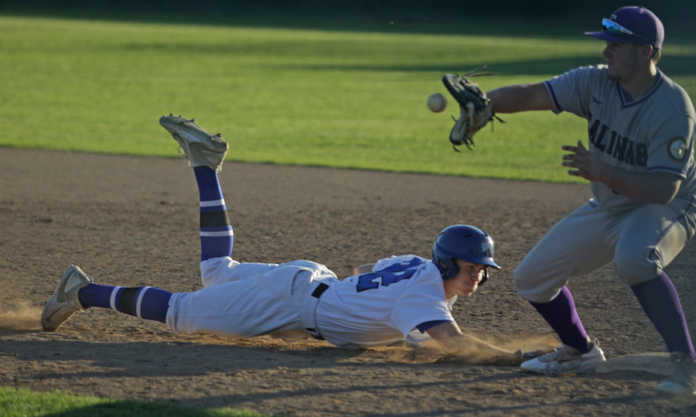 The Monte Vista Christian fell 5-3 to the Salinas Cowboys in nine innings on Tuesday in Monterey Bay League Gabilan division play at Watsonville.

Dylan McPhillips hammered a two-run homer and Jackson Collins hit a double for MVC (4-3, 1-3), which hosts Christopher today at 4 p.m.

Aptos will try to bounce back on Friday at Harbor at 4 p.m.

James Gomez Jr. hit a double and drove in a run for Watsonville.

Santa Cruz returns home on Friday for the first game of a back-to-back against the Texas Legends. Friday night’s game is set for a 7 p.m. tip.

• SLV 8, MVC 4 – Gianna Vanni hit a triple, Holland Finn was 2-for-2 with a double, two RBIs and one run but it wasn’t enough for Monte Vista Christian in its non-league loss to San Lorenzo Valley on Tuesday.

Trautner allowed only one hit and three walks, while striking out seven. Cooper Krug went 2-for-4 and had three RBIs. Nick Ciandro, Adam Rossit and Kyle Swanson also drove in a run.