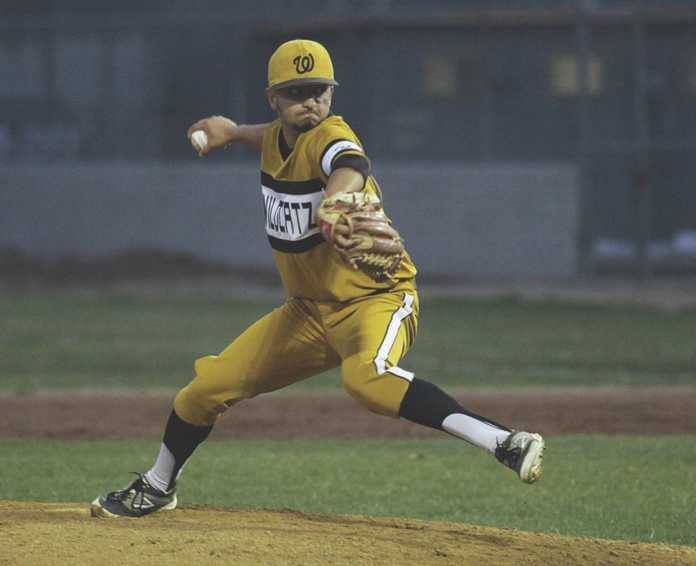 WATSONVILLE — Watsonville native Chris Rivera realized one of his childhood dreams on Wednesday.

The St. Louis Cardinals drafted the former record-setting Watsonville High pitcher in the 33rd round of the Major League Baseball draft.

A standout closer for the NCAA Division I Long Beach State Dirtbags over the last three seasons, Rivera was selected with the 993rd pick overall.

According to former Watsonville baseball coach James Gomez, Rivera is the first player from the program to be drafted since Rene Rascon was selected by the Florida Marlins in the fifth round of the 1995 draft.

With one year of college eligibility still remaining, Rivera could very well return to Southern California for his senior season with the Dirtbags.

Rivera, who did not return calls before press time, will have a big decision on his hands over the next few days: stay or to go?

“That was my first question,” said Gomez, his former coach at Watsonville. “The good thing is he’s got a great situation at Long Beach if he chooses to go back… From talking to him, I know the saves record and the degree mean a lot to him.”

Rivera, a business major, is just nine saves away from the record at Long Beach State. Gabe Gonzalez holds the record, having recorded 46 saves from 1992-95.

This season Rivera posted a 3.19 earned run average over 23 appearances on the mound. He finished with 11 saves, and allowed 31 hits over 36 innings while striking out 45 batters.

For his efforts, he earned a spot on the All-Big West Conference Second Team for the second straight season as a closer.

Rivera burst onto the scene as a freshman, earning an All-American Second Team honor from the National Collegiate Baseball Writers Association after posting 13 saves in his first season out of high school.

With Watsonville, Rivera brought the team its first league championship in decades and was also named the Monterey Bay League Pacific division’s Pitcher of the Year as a senior.

As a junior he set the Santa Cruz County’s strikeout record (126) and was honored as the MBL-P’s Most Valuable Player.

Measuring in at just 5-foot-10 and 160 pounds during high school, Rivera wasn’t the biggest, but his toughness and competitiveness made him one of the best in the area.

“He’s always had that competitiveness in him, even dating back to little league,” Gomez said. “When he gets on the mound, he feels like he’s better than the guy he’s pitching to every single time. He’s fearless.”

He chose Long Beach State three years ago, and now he’ll have another big decision to make.

“Whatever he chooses, it’s just great to see local kids from this town and the county go to the next level and succeed and get drafted,” Gomez said. “Some of these kids that played for Watsonville this year grew up watching him pitch. It’s great for the community.”