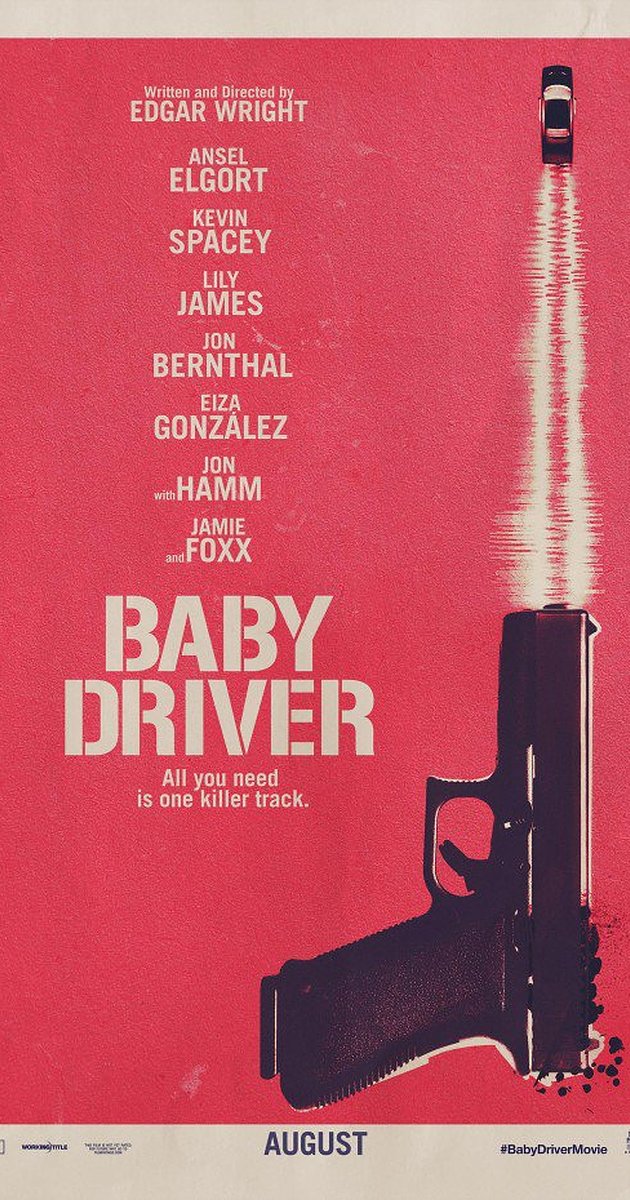 Director Edgar Wright’s “Baby Driver” is a stylized, musical romp through the action film genre that not only banks on the visual flair of whimsical and intense car chases but a standout cast of characters. The narrative is tight, the action, for the most part, doesn’t turn into visual noise and the tone never strays. This is through and through a Wright (“Scott Pilgrim vs. the World,” “Shaun of the Dead”) film that does plenty right.

Wright does a fantastic job of keeping the film upbeat with a mixture of long takes, quick cuts and natural transitions. Editors Jonathan Amos and Paul Machliss deserve a raise for the magic they pull off when the cars start roaring, the bullets start flying and Baby, played by Ansel Elgort, presses play on his iPod.

Baby, a bank heist getaway driver with a heart, has a ringing in his ears as a result of an accident during his childhood that he drowns out with tunes. When the music picks up, the symphony of action begins. Gun fire to the drums of The Champs’ hit jam “Tequila” was just one of several perfectly mixed action scenes that add to the film’s flair and never break the illusion. The music doesn’t just fit the tone of the film, it sets it.

My biggest gripe with the film is that the plot, at it’s core, is nothing new. Baby drives to pay off a debt to Doc, a no-nonsense crime boss played by Kevin Spacey (“House of Cards,” “American Beauty”), and — wouldn’t you know it — things go wrong when there’s too much crazy put together in one room. But the musical touch and the solid performances from everyone involved save this movie from being a disposable shoot ‘em up.

Elgort is fine as Baby and carries the movie when he needs to. But Jamie Foxx and Jon Hamm act circles around him as Bats and Buddy, respectively. Hamm plays without a doubt the deepest character in the entire movie and Foxx is born to play the lunatic, street-smart role. Elgort’s romance with Lily James’ Debora is believable enough if you can get past the awkward “Twilight”-esque beginning. And Spacey is used to perfection, save a few lines of dense exposition.

“Baby Driver” doesn’t reinvent the action movie genre but it gives it a nice jolt of life in a summer that was dying for a standout. It’s easy to see that Wright understands how important dialogue and characters are but he also doesn’t forget the importance of tone. With so much going on, it could’ve turned into a mishmash of four of five different films but it never did. Instead, “Baby Driver” is exactly what a summer action movie should be.

• Spider-Man: Homecoming — Several months after the events of Captain America: Civil War, Peter Parker, with the help of his mentor Tony Stark, tries to balance his life as an ordinary high school student in Queens, New York City while fighting crime as his superhero alter ego Spider-Man as a new threat, the Vulture, emerges.

• A Ghost Story — In this singular exploration of legacy, love, loss, and the enormity of existence, a recently deceased, white-sheeted ghost returns to his suburban home to try to reconnect with his bereft wife.

• City of Ghosts — A documentary that follows the efforts of “Raqqa Is Being Slaughtered Silently,” a handful of anonymous activists who banded together after their homeland was taken over by ISIS in 2014. With deeply personal access, this is the story of a brave group of citizen journalists as they face the realities of life undercover, on the run, and in exile, risking their lives to stand up against one of the greatest evils in the world today.

• Patti Cake$ — PATTI CAKE$ is centered on aspiring rapper Patricia Dombrowski, a.k.a. Killa P, a.k.a. Patti Cake$ who is fighting an unlikely quest for glory in her downtrodden hometown in New Jersey.