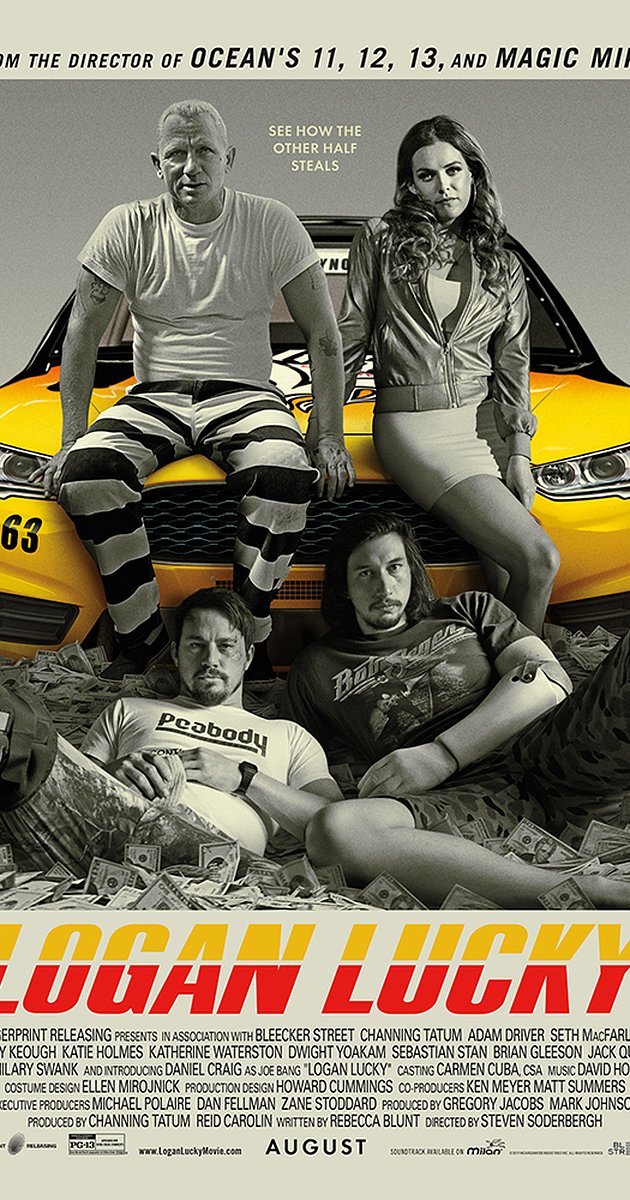 Daniel Craig recently signed on to return as James Bond for the 25th installment of the iconic film franchise. I love Craig as Bond — he’s without a doubt my favorite Bond — but after watching him in “Logan Lucky” that news has me a bit sad. Craig absolutely crushes it as the aptly named Joe Bang in director Steven Soderbergh’s return to the heist film genre and his performance has me itching to see him continue to branch out in different roles. I definitely want him to leave the Bond franchise on a good note — and we all know that “Spectre” was far from good — but I’d much rather see the 49-year-old actor chase interesting and wacky roles like Joe Bang the rest of his career.

Craig is one of a handful of funny, engaging and heart-filled characters that are stuffed into “Logan Lucky” and make it one of the most enjoyable movies I’ve seen this year. Heist films are Soderbergh’s specialty and “Logan Lucky” proves he’s still got the magic touch when it comes to the genre. The story is fun, the setting — West Virginia/North Carolina coal country — is different and the writing is solid. Soderbergh never gives too much or too little when it comes to the detail of his shots, which sometimes drag but always pay off with important bits of information or a quick and witty crack that hardly panders to the audience.

But the characters are what make “Logan Lucky” special. Jimmy Logan, Channing Tatum (“21 Jump Street,” “Magic Mike”), is a coal miner down on his luck — a trait that seems to run in the family — after being canned because of a limp that also derailed his dream of playing pro football. With no feasible means of making money to fight for custody of his daughter Sadie, Farrah MacKenzie, Logan cooks up a plan to clean out the bank vault at the Charlotte Motor Speedway during one of the biggest NASCAR races of the year: the Coca-Cola 600.

He drags his brother, Clyde, Adam Driver (“Star Wars: The Force Awakens,” “Silence”) and sister, Mellie, Riley Keough (“It Comes at Night,” “American Honey”), into the gig and also enlists the help of the Bang family. Once the two families join forces the movie hums. Every character has a purpose and a personality. Driver, an overly-superstitious bartender who is missing an arm, err…hand, is solid every time he’s on screen and Tatum shows why he’s an A-List movie star. I could go on and on about Craig’s performance but I’d rather not spoil any of the fun.

“Logan Lucky” is a nice change of pace from the dozens of superhero and action films that never seem to end. Soderbergh is back and I hope he never leaves us again.

• “Tulip Fever” — An artist falls for a young married woman while he’s commissioned to paint her portrait during the Tulip mania of 17th century Amsterdam.

• “Unlocked” — A CIA interrogator is lured into a ruse that puts London at risk of a biological attack.

• “Viceroy’s House” — The final Viceroy of India, Lord Mountbatten, is tasked with overseeing the transition of British India to independence, but meets with conflict as different sides clash in the face of monumental change.

• “Do It Like An Hombre” — Raúl, Eduardo and Santiago have led a happy and “straight” life since their childhood, until, one day, Santiago confesses to them that he is gay.

• “The Teacher” — Since the arrival of the new teacher, Maria Drazdechova, to a Bratislava suburban school in the year of 1983, life has turned upside down for students and parents. The teacher’s corrupted behavior and one of the students’ suicide attempt that could be related to that matter, makes the school principal call the students’ parents for an urgent meeting that will suddenly put the future of all the families at stake.