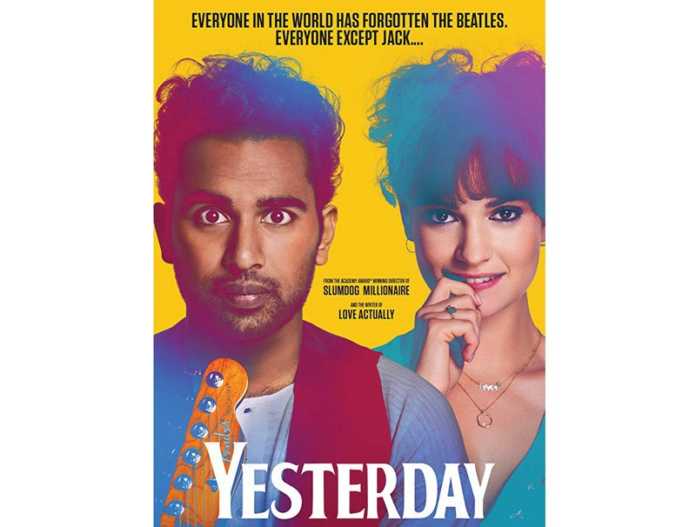 There is no denying the impact The Beatles had on popular music and culture. Whether you are a fan or not, it is a simple truth that when John Lennon, Paul McCartney, George Harrison and Ringo Star arrived on the world stage, everything changed.

“Yesterday” takes that fact and runs with it.

After struggling musician and part-time retail employee Jack Malik (Himesh Patel) gets hit by a bus at the exact same time the world experiences a total blackout, he finds himself in a strange position.

He is suddenly the only person on the planet who remembers The Beatles. In fact, the band never existed. The world is suddenly very different.

“Yesterday,” directed by Danny Boyle (“Trainspotting,” “Slumdog Millionaire”) is a fun and unique concept, one that intrigued me when I saw the film’s first trailer. I went into the theater with high hopes—and was for the most part satisfied.

The first half of the movie is its strongest, as we follow Jack on his journey to confirm his fears about The Beatles suddenly disappearing from history. He spends time online searching for the band, their songs and albums; no dice. Along the way, certain other bands, stories and brands have vanished (Jack laments the loss of Coco Cola).

Jack then pulls out his guitar and gets to work. He has important songs to write down and record, lest they be lost forever. Some of the best scenes of the film are Jack struggling to remember the words of “Eleanor Rigby.” It is clear from the start that Jack is upset and cares deeply about saving the songs for posterity’s sake.

But then a recording is placed in the hands of mega pop start Ed Sheeran (played by himself), who invites Jack to open his concert in Moscow, Russia. It doesn’t take long for Jack to be swept up in it all, and for the world to fall in love with his amazing, “original” book of songs. Jack Malik is suddenly a household name.

“Yesterday” has plenty of weak points, one which has turned into a major controversy—that I won’t discuss, as it gives a major spoiler for the end of the film. All I will say is, people are understandably divisive. It’s difficult to decide whether the “big reveal” at the end was in good taste or not.

But I haven’t seen many people discussing another of my least favorite aspects of the film, which is the romance between Jack and his former manager/childhood friend Ellie (Lily James).

It was initially charming—the actors have great chemistry and were hilarious to watch banter and tease each other. But the romance quickly turned into a mishmash of bad tropes. In particular, an airport scene where Ellie gives Jack an ultimatum: he can either stay in England and be with her or go to Los Angeles to perform.

Wait… wasn’t Ellie his biggest supporter in the beginning? Wasn’t she the person who urged him to follow his dreams of becoming a musician?

For the most part, I left the theater in a good mood—it’s hard not to after seeing a film with an entire Beatles soundtrack playing in the background. There is plenty to enjoy about “Yesterday,” from its cinematography and occasional special effects that added a burst of fun ala “Yellow Submarine.”

But a part of me felt a bit hollow about how it ended. I wanted more explained and for things to wrap up in a more satisfying way. Since I’m pretty sure we won’t be getting a sequel, I think I’ll probably be left hanging.