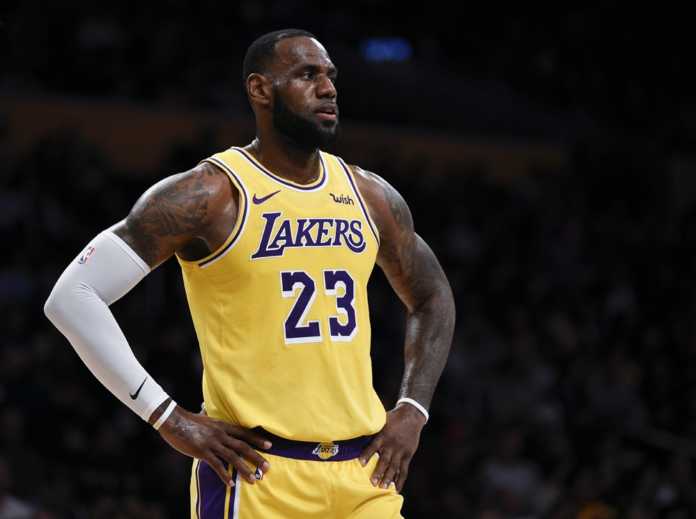 As of Friday morning, the Golden State Warriors are on pace to go 82-0. And by the way NBA players, coaches and pundits are jabbering, we should all assume they will go undefeated with Stephen Curry and Kevin Durant each averaging 50 points per game, DeMarcus Cousins in the starting lineup by late-November and Klay Thompson shooting 75 percent from 3-point range.

I’m exaggerating, of course. The Warriors will be the heavy favorites to win their third straight NBA championship — and fourth in the last five seasons — but that doesn’t mean they won’t be challenged. The Western Conference is better than it has been, and the top of the Eastern Conference is damn good, too.

Oklahoma City added some nice pieces, and is hoping for some addition by subtraction after parting ways with Carmelo Anthony. The Boston Celtics are adding two All-Stars, Gordon Hayward and Kyrie Irving, to a team that found itself a few minutes from advancing to the NBA Finals. The Houston Rockets are still the Houston Rockets — even if nobody around the league thinks so. The Toronto Raptors traded away their best player and somehow got better. Oh, and LeBron James is in Los Angeles.

There’s so much to dissect about the new-look NBA, but I don’t want to reiterate any old, room-temp takes. So here are five wild predictions for the 2018 season. Brace yourselves:

1.  Bye, bye KD: After months of being badgered by the media about Durant’s rumored departure in the upcoming summer, Warriors General Manager Bob Myers and head coach Steve Kerr will both say “screw it, let’s trade him.” Being lightyears ahead of the rest of the league, they’ll manage to convince the New Orleans Pelicans to swap Durant for star big man Anthony Davis under one condition: the Warriors have to take back coach Alvin Gentry.

“Alvin is a good coach — a great coach, really — but his comments about Beyonce don’t align with our view for the future,” New Orleans General Manger Dell Demps will say at the press conference following the trade. “If you have a shot to pick up a talent like Beyonce, you have to take it.”

2. An innovator: Still frustrated and disappointed with his reworked jump shot, Philadelphia 76ers point guard Markelle Fultz will decide to take the revolutionary step of running on his hands and shooting with his feet. After shooting 39 percent in his first 15 NBA games, the former No. 1 overall pick will see a bump in his shooting percentage, but struggle to keep his fouling to minimum.

“I’m trying to keep better control of my legs, but my core isn’t quite where I need it to be,” Fultz will say. “All those Instagram models make handstands look so easy.”

3. I’m the captain now: A month into the season, the Minnesota Timberwolves will still be unable to unload Jimmy Butler in a viable trade, and decide to hand the keys over to the hotheaded forward by firing coach Tom Thibodeau and General Manager Scott Layden. Andrew Wiggins will ride the bench, Karl Anthony Towns will shoot only when Jimmy says so and the franchise will petition to be renamed the Minnesota Butlers. Their mascot will be a jacked rendition of Batman’s butler, Alfred, in a sleeveless tux.

4. L.A.Bron: With the Los Angeles Lakers teetering around .500 at the All-Star break, LeBron will say he needs to take time to reevaluate his health for a final playoff push. In reality, he’ll take two weeks off to film his scenes for the upcoming “Fast & Furious 9,”  “Space Jam 2” and “[insert name of Judd Apatow rom-com here].”

Rejuvenated, LeBron will be ready to average a triple-double over the final quarter of the regular season, but the Lakers will miss the playoffs because Rajon Rondo, JaVale McGee, Lance Stephenson and Michael Beasley will have peer pressured Lonzo Ball, Josh Hart, Kyle Kuzma and Brandon Ingram into bankruptcy after several nights of bottle service.

5. To be born is…:  After insisting that he’s a “fun guy” and that the media has never asked him about himself, Kawhi Leonard will sit down for an interview with ESPN’s Rachel Nichols and finally admit that he is an actual robot constructed by Greg Popovich. When asked why he kept the secret for so long, he’ll say he was envious of humans: “to be born is to have a soul, I guess.” To which Nichols will respond: “You’ve been getting on fine without one.”