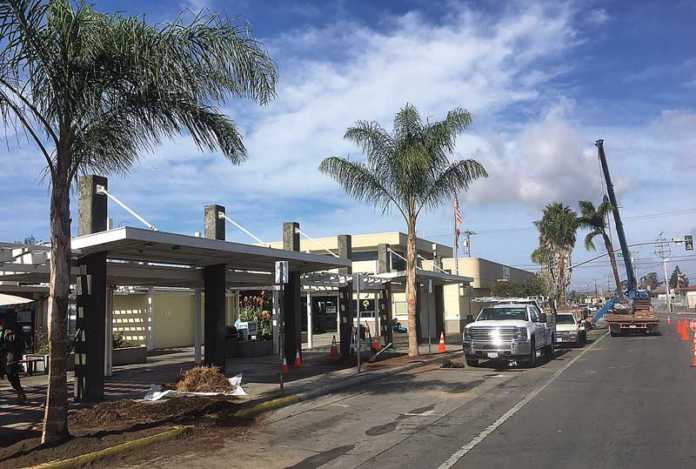 The palm tree planting was the initial phase of a complete transit center beautification project, a cooperative effort between the City of Watsonville, and Santa Cruz Metropolitan Transit District. Additional landscaping work will follow in the months to come.

In order to plant the palm trees, Parks Division crews first removed several declining Raywood Ash trees in front of the transit center. The Ash trees were infected by a canker disease that was made worse by several years of statewide drought conditions.

“The trees had a lot of stem dieback and needed to go anyway,” said Parks Superintendent Ben Heistein.

A crane was used to hoist the more than 20-foot-tall palm trees into the ground.

The Queen Palms will be drought tolerant once established.

Staff report - August 11, 2022
Two local artists have teamed up to create a memorial sculpture honoring Watsonville residents who have died of Covid-19, and are asking for the...