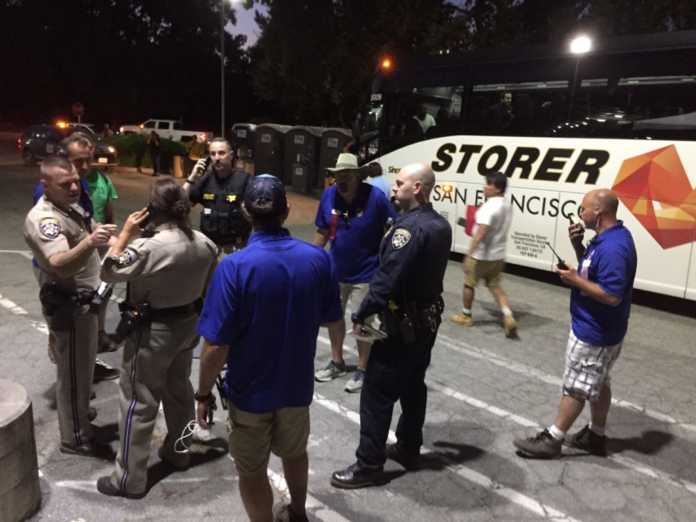 GILROY–Police responded to a shooting with multiple casualties at the Gilroy Garlic Festival July 28, according to sources.

NBC Bay Area reported that 12 people were injured during the incident, which was reported to emergency dispatchers as an active shooter situation about 5:20 p.m. Sunday at Christmas Hill Park.

Ambulances were reportedly arriving at Saint Louise Regional Hospital in Gilroy with victims by about 7 p.m. Authorities were requesting more ambulances from San Jose to assist with casualties.

Witnesses who were leaving the Garlic Festival shortly after the shooting reported that at least two shooters were involved in the incident. One of the shooters was shot at the scene by police, according to the witnesses.

Gilroy Police tweeted that those who are looking for loved ones who might have been involved in the shooting can go to the reunification center at Gavilan College, parking lot B. The Gilroy Police Department also tweeted that witnesses to the shooting and those seeking to be reunited with family members can call (408) 846-0583.

“The hearts of Gilroy PD and the entire community go out to the victims of today’s shooting at the Garlic Festival,” reads the tweet from Gilroy Police.

The federal Bureau of Alcohol, Tobacco, Firearms and Explosives tweeted that it is sending personnel to the scene of the July 28 shooting.

The Gilroy Garlic Festival was wrapping up its third day when the shooting occurred.

*This story originally reported by The Gilroy Dispatch