WATSONVILLE—The City of Watsonville is once again looking to fill the historic Porter Building in downtown.

City officials on Nov. 12 released a request for proposals (RFP) for the sale or long-term lease of the two-story, 15,000-square-foot building at the corner of Main and Maple streets adjacent to the Civic Plaza.

The city is hoping to find a buyer that can maximize its potential by bringing an entertainment or retail-related business to the first floor.

“With its deep history and prime location downtown, we believe the property has strong potential to serve as a vibrant mixed-use commercial space, building on the positive momentum downtown,” Watsonville City Manager Matt Huffaker said. “We know that local economies are moving away from big box retail, as customers spend more on experiences and activities, less on brick and mortar goods. The Porter Building presents an opportunity to leverage the unique history and architecture of the building, and create something special.”

There are some limitations to the building, which was designed by famed local architect William Weeks and constructed in 1903. Any modifications are subject to historic preservation review, and the elevator must be repaired.

An appraisal of the building in August 2018 determined its market value to be $1.35 million.

Proposals must be received no later than Jan. 3, 2020. The city and an advisory panel will then rank the proposals on multiple aspects—developer experience, project concept, development schedule, financial capacity—to determine a short list of finalists.

The City Council will make a decision on a possible sale or lease at its Feb. 11, 2020 meeting.

The building was nearly sold in 2015 after Ceiba College Prep Academy moved out, but a deal with Walnut Creek’s Novin Development fell through.

Huffaker, who was not in his current role during that time, said that many city employees involved in that deal no longer work for the city. From his understanding, Novin Development’s proposed use “fell short of achieving the building’s full potential” and the city declined to move forward with the sale.

It has sat empty since.

The building served as the post office until 1913 and has also served as a dentist office and an army surplus store.

It was one of the few historic buildings in Watsonville’s downtown that survived the 1989 Loma Prieta Earthquake with minimal damage. 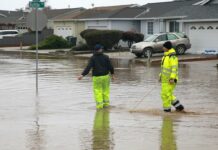 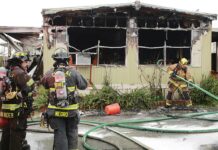 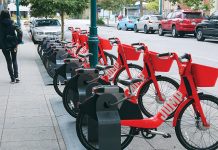 Juan Reyes - February 4, 2023
SALINAS—It’s been more than two months since Pajaro Valley High senior Eric Viveros last suited up in a Grizzlies football uniform. However, the itch to...