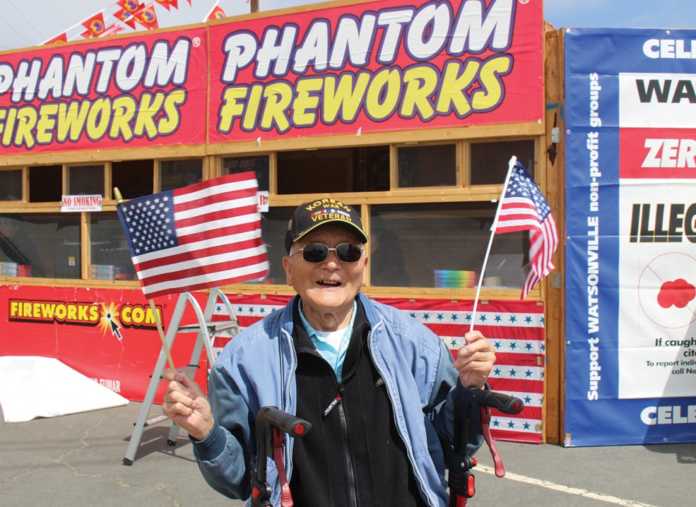 WATSONVILLE — With an American flag in each hand, Iwao Yamashita waved excitedly at passing cars Monday morning in front of the Watsonville Buddhist Temple on Bridge Street.

Yamashita, a Korean War veteran, was one of many volunteers with the Temple setting up their annual fireworks booth. Sales of fireworks began Monday and last through the Fourth of July. More than 20 non-profit organizations will be selling from booths across Watsonville, with proceeds benefiting the groups.

Watsonville and Capitola are the only cities in Santa Cruz County which allow residents to fire off the “safe and sane” fireworks. Legal fireworks are those which do not explode or leave the ground.

For details, rules and regulations regarding fireworks in Watsonville and the rest of the county read reporter Todd Guild’s story: https://register-pajaronian.com/article/county-gearing-up-for-fireworks-sales.