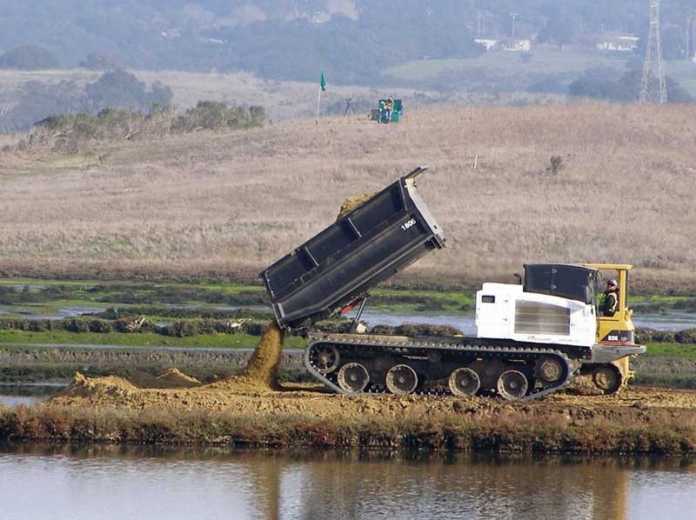 The work, which started in January, adds soil from the Pajaro River flood control project to increase the elevation of drowned marshes.

In the last 20 years, about 50 otters have colonized healthy salt marsh adjacent to the restoration site.

The restoration at Hester Marsh will double the available salt marsh habitat in a part of the slough where mothers and pups spend much of their time.

“We’re excited that we are finally able to restore some of the rarest habitat in California in an effort to shift this estuary back to a self-sustaining ecosystem,” said ESNERR Tidal Wetland Program Director Monique Fountain.

“This is a tremendous collaborative effort. We are enthusiastic about the potential to restore critical habitats, counter the impacts of CO2 on our environment, and set the stage for continued salt marsh restoration in the Elkhorn Slough,” said Dave Feliz, California Department of Fish and Wildlife Senior Environmental Scientist Supervisor and Reserve Manager.

A century ago, the Elkhorn Slough area was dominated by grasslands and tidal salt marshes. By the 1930s, many marshes had been drained for farming and grazing. About half of the salt marsh in Elkhorn Slough has been lost in this way.

Once drained, the former wetlands subsided and the soil compacted. When the levees began to fail in the 1970s, the soil was too low in elevation to support marsh vegetation.

Though the Elkhorn Slough now features the most extensive salt marshes in California south of San Francisco Bay, its remaining marshes are sinking and, without restoration, are projected to drown within 50 years due to sea level rise.

The earth-moving phase of restoration is expected to last another six months. Then, reserve scientists will focus on monitoring the natural revegetation of the marsh.

The marsh restoration project also offers opportunities for research on the role marshes play in greenhouse gas reduction by absorbing carbon dioxide, which is important to moderate changing climate.

“There have been many ‘back-of-the envelope’ calculations of potential benefits of marsh restoration,” said ESNERR Research Coordinator Kerstin Wasson. “But now we will find out firsthand what the real benefits are, by measuring carbon storage at the site before and after restoration.” 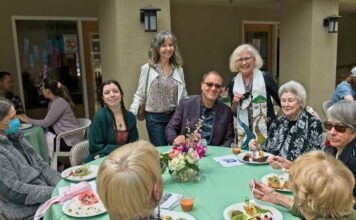