It’s one of few spots the public can cash in its recyclables, which, for some, have been piling up around the house since the novel coronavirus shuts downs began in March.

“As long as it’s not poisonous, hazardous or explosive—other than batteries—we’ll take it,” said Robert Zepeda of A&S. “While we do take in small household batteries, we don’t take in large amounts of them. We do take all automotive and truck batteries.”

Zepeda said the long lines along West Beach Street, with some pickups heaped high with bags of cans and bottles, have kept staff busy.

“With the social distancing, things are different now and we have to do this right,” he said. “We can only let so many people into the place at a time and we’re one of the few places open right now so we do have the lines.”

One woman near the front of the 40-plus-vehicle line on Monday said she’d waited about an hour and 20 minutes.

“We’ve been saving everything,” she said. “We’ve got to empty this car; the stuff has been piling up. It’s worth the wait.”

Laura Johnson of Watsonville said she had waited in the same line for around an hour.

“It was lined up past Harvest Drive earlier,” she said. “This is the third time I’ve been here since they reopened. The first time I think I waited close to three hours. They’re the only ones around.”

Born and raised in Watsonville, Zepeda said he has worked his way through the local recycling world. He worked for around 12 years at D&D Recycling on Walker Street before coming over the A&S.

“Our headquarters are in Castroville but the Watsonville plant sees a lot of business,” he said. “For some folks, especially now with the coronavirus, getting cash for recyclables means a lot—it’s part of their income.” 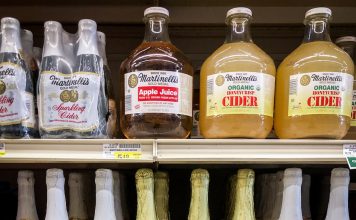