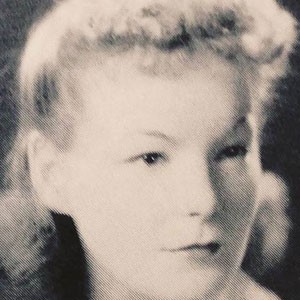 Margaret Rhea Wood was born in Northampton, Massachusetts on October 9, 1922 to Daniel Murray Wood and Katherine Toomey Wood.  Throughout Rhea’s childhood, her father worked for American Bridge Company as a construction superintendent for new bridges being built in New York City, New Jersey, Maryland, Connecticut, Vermont and Massachusetts.  The family moved to a new job site each time a bridge project was complete and Rhea changed schools often up until 1931 when the family returned to New York City for the construction of the Triborough Bridge.

In 1938 Rhea graduated from Julia Richman High School in Manhattan.  Rhea then went on to earn her BA in History from Mount Holyoke College in 1942 and her MA in History from Mount Holyoke College in 1943 as a Skinner Fellow.  Rhea believed that being a graduate of a girl’s high school and a woman’s college was foundational to her success in life and during her life encouraged countless girls and women to follow the same educational path.  In 1943 Rhea was awarded a Bardwell Memorial Fellowship to pursue her PhD in History at Yale, but ultimately decided to decline the fellowship and instead moved to Brunswick, Georgia where, as part of the war effort, her father had been loaned out by American Bridge to the J.A. Jones Shipyard to focus on the construction of Liberty Ships. Although she hadn’t planned to be a teacher, in the fall of 1943 Rhea took a job in Brunswick teaching seventh and eighth grade and began a 65 plus year career in education.

While in Brunswick, Rhea met Thad James DeHart who was stationed there and was a lieutenant in the Navy.  While he was on shore leave, Rhea and Thad married in Manhattan on August 7, 1945, which was the day after the atomic bombing of Hiroshima.  After Thad got out of the Navy in 1946, Rhea and Thad moved to North Carolina so that Thad could finish his education at the University of North Carolina at Chapel Hill and then later moved to Bryson City, North Carolina where Thad’s family had lived since the 1820s.  Thad, as well as Rhea, taught in local Bryson City schools, they built a home, raised Angus cattle, and started their family.  In 1963, Thad and Rhea decided to move their family to Santa Cruz, California.  Thad taught in Santa Cruz schools and, starting in 1964, Rhea taught in Watsonville schools, with the longest tenure at Watsonville High School.  Rhea was a leader in the move to unionize teachers, including the 1969 formation of the Pajaro Valley Federation of Teachers (PVFT).  Although Rhea retired from teaching at Watsonville High School in 1984, she continued to teach adult education classes, and was the President of PVFT and a field representative until 2001. Rhea and Thad were married 39 years, until his death in 1990, and raised 5 children together.

Following Thad’s death, in 1991 Rhea moved to Watsonville.  In 2002 Rhea ran for and was elected to a four-year term as a trustee for the Pajaro Valley Unified School District and during her tenure she also served two years as president of the board.  In 2009, at age 86, Rhea returned to the classroom as a substitute teacher, as she still enjoyed the classroom and wanted to supplement her pension.

Rhea was active in the Watsonville community, serving on the Planning Commission, the Parks and Recreation Commission, and at the time of her death, was serving a term on the Board of Library Trustees. In addition, Rhea served on the board of many local community organizations, including: Pajaro Valley Migrant Head Start, Pajaro Valley Prevention and Student Assistance, MAIA (Migrant and Adaptive in the Americas) Foundation, Watsonville Women’s Club, Mello Center for the Performing Arts. Rhea was a Catholic and a highlight of her later years was attending the weekly prayer group she belonged to.

From an early age, Rhea loved to see the world and during her 96 years traveled to all 50 states and to every continent except Antarctica. Although Rhea reluctantly gave up driving at age 94, she refused to sit at home and had a busy schedule of local meetings she attended, as well as occasional local theatre performances, thanks to her many local friends who picked her up and drove her.

Rhea was a life-long avid reader, and most days she read three local newspapers and had a couple of books, preferably a mystery and a biography, going as well. Rhea valued her independence and lived alone until a few months before her death. In recognition of her contributions to the community, throughout her lifetime Rhea was the recipient of many awards, including in 2012 she was named Pajaro Valley Woman of the Year by the Chamber of Commerce.  In a 2012 interview Rhea said, “You need to get involved with your community.  It’s the only way you get to make a difference, and making a difference is really important.  That’s what life is all about.”

A memorial mass will be held at St. Patrick’s at 721 Main St. in Watsonville on Friday, August 16, at 3:00 p.m. at St. Patrick’s Church, Watsonville, and a gathering for Rhea’s family, friends and former students, will be at a later date. In lieu of flowers, should friends desire, memorial contributions may be made to Meals on Wheels for Santa Cruz County, to Mount Holyoke College, to the Watsonville Woman’s Club Foundation, or to any charity.  Mehl’s Colonial Chapel has been entrusted with the arrangements.