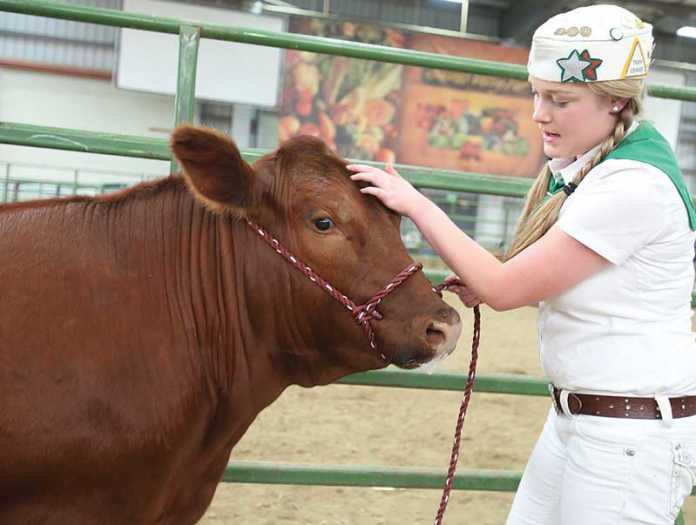 Salinas Valley Fair to be held May 18-21

On May 18, the Salinas Valley Fair returns to King City for four days of family-friendly events, exhibits and activities.

Now in its 73rd year, the annual fair is a popular event with locals and also draws crowds from all over the area.

“This is the biggest family-friendly, affordable event in the area,” said TJ Plew, Salinas Valley Fair’s CEO. “We do our best to create a fun, safe atmosphere so people can enjoy themselves and spend time together.”

The fair boasts a number of riding and wrangling events, including horse shows, bull riding and barrel racing. There will also be livestock and produce exhibits, horticulture and art displays, as well as live music throughout the weekend.

The Grand Tasting of Wine and Beer event will be held on Friday, May 18. Tickets to the tasting are $25 before May 18 and include admission to the rest of the fair. (At the door, tickets are $35.)

According to Plew, this year brings a number of new attractions to the fair, including a BMX stunt show and a new interactive exhibit called “Wizard’s Challenge.” The AgriRace Invitational that was new to the fair in 2016 will also return to the Stampede Arena. World champion juggler Jeramiah Johnson will also be appearing with his show “The Throw Zone.”

Rena Escobar, who was crowned Miss Salinas Valley Fair 2017 in March, will be the official greeter at the Fair. In an interview for the King City Rustler, Escobar spoke about the importance of agriculture in Salinas Valley and encouraged fairgoers to visit the produce displays.

In addition to all of this, the annual carnival will also be held, with rides, games and activities. Fairgoers can score an all-day carnival wristband for $25 if they order before May 18.

An official kick-off event will be held at the Orradre Building on April 22 at the Salinas Valley Fairgrounds, with a no-host bar, an auction and a King City Young Farmer’s steak dinner.

“Agriculture fairs bring people together,” she said. “This is why I love my job. When we come together to enjoy something we realize we have more in common than we think.”

Thursday is Kid’s Day, sponsored by Holaday Seed Company. All children under 12 enter free. On Friday seniors over 60 as well as special education tour groups enter free. Saturday is Armed Forces Day, with free admission for all military and dependents with ID cards.

Letters to the Editor, Sept. 24

How did we lose our sense of living here on Earth?

Photo: Then & now at the County Fair

Letters to the Editor, Sept. 24

How did we lose our sense of living here on Earth?

Photo: Then & now at the County Fair